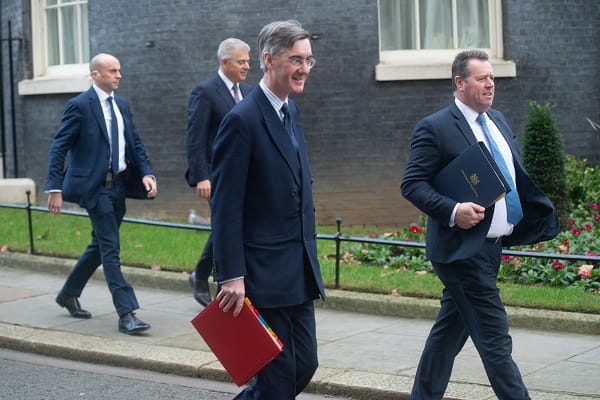 A personal friend and close ally of Boris Johnson and Liz Truss Jacob Rees-Mogg has resigned as the Business Secretary from Rishi Sunak’s government ahead of the new Cabinet.

Rees-Mogg handed his resignation letter to the new Prime Minister shortly after he gave a speech at the lectern outside No.10 Downing Street.

A source said, “He knows he was very close to the previous two regimes and it didn’t seem likely he was going to be appointed in the new Cabinet.

“He’s happy to support the Prime Minister from the backbenches.”

Lewis said, that Sunak has his “support from the back benches in addressing the economic crisis we face, bringing our Party together and delivering on the promises we put forward in the 2019 manifesto, on which we won such an overwhelming majority.”

The Chief Whip Wendy Morton has also left government and she will now head to the backbenches.

Morton wrote on Twitter, “Heading to the back benches from where I will continue to represent the constituents, businesses and communities of Aldridge-Brownhills.”