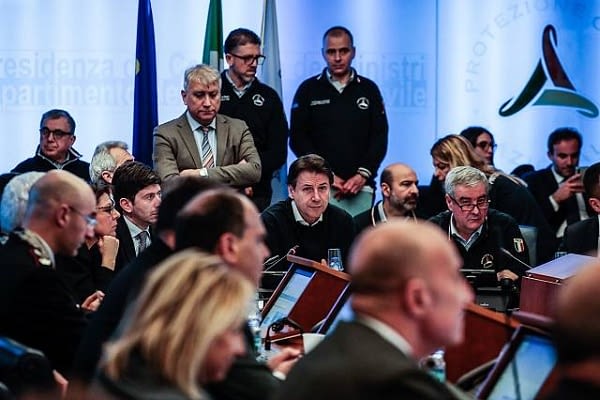 The Italian government have warned that the country could see a more deadly second wave of the virus as Italians have been celebrating their freedom with parties and large gatherings.

Officials are concerned that more attention should paid over real fears there could be a second wave, resulting in more lockdowns.

Large crowds have been gathering at beaches, bars and clubs, with people not wearing masks and are not respecting social distancing rules.

On the 18 May the government allowed establishments to reopen, but they must follow strict social distancing, with bar and restaurants tables to be one metre apart.

Italy’s Regional Affairs Minister Francesco Boccia told La Stampa newspaper: “Be careful, if it goes on like this we won’t be able to reopen regions.

“I understand the young people, but we cannot cancel the efforts made: at the end of the week the government will evaluate the situation based on the number of infections.

“We must not forget that we are still facing COVID-19 and so those who fuel a movida are betraying the sacrifices made by millions of Italians.”

Mayor of Salerno, Vincenzo Napoli, has voiced his concern of the high number of crowds in the region.

He said: “There seems to have been some sort of psychological repression of what has happened so far, just like an emotional release.

“This is the worst that can happen.

“Lowering your guard at this stage means returning to the terrifying action of the virus.”

Earlier this month scientists at Imperial College London have produced a grim report that Italy is set to be hit with a more deadly second wave of the virus as lockdown is eased.

The scientists modelled in three scenarios how coronavirus will spread, if the country remains in lockdown, if Italians increased their movements by 20% and 40%.

According to the scientific report if just 20% of Italians went about their normal business there will be a much larger surge in deaths which currently stands at 29,079.

If citizens returned to pre-lockdown levels by 40% then Italy could see a death toll of an extra 23,000.