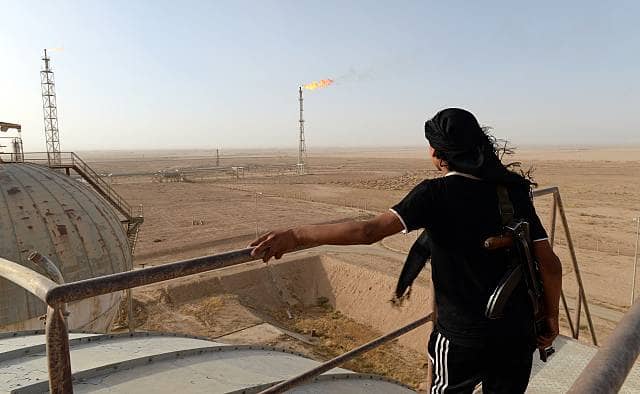 ISIS could turn up in London and Paris “with Kalashnikovs”

In this shocking and harrowing interview, Theo Padnos a Journalist who was kidnapped by Al Qeada has said that a new Islamic State which has surfaced in Syria could surface in London and Paris “with Kalashnikovs.”

Qatari special forces released Theo Padnos from his Al Qeada captives in 2014. Padnos has warned the West of a second Islamic State is being overlooked. Padnos told the Sunday Express: “I think that the Western understanding of what is happening in Syria is inadequate.”

“Young kids are going every day that’s what the guys on the ground in Syria are telling me: ‘Oh yes, we have new French people, new English people every day.’

“Something very dangerous and alarming is occurring in northwestern Syria, and this is the emergence of the second Islamic State there.”

“Nobody knows what is happening in the northwestern corner of Syria. I know because I’m in touch with some of these people, and they’re making videos all the time. We just haven’t connected the dots.”

Theo Padnos gave all when describing the Syrian War adding that the Syrian government is winning, terrorists are hiding in countryside.

Padnos added: ”We must develop a strategy that is more powerful than their ‘fade into the hills’ strategy. Otherwise, it will be whack-a-mole forever … If it sounds like I’m advocating for peace with ISIS, well I am. There’s too many of them to kill.”

He was asked about the threat the second ISIS pose to the West, he said: “we will know it when they turn up in Paris or London with Kalashnikovs.”

Padnos spoke of his ordeal and the experience he has gained and said how active ISIS has been: “governing itself by Sharia law which involves shooting people on the street. As somebody who has been tried in an Islamic court up there, I know what it’s like.”