Home Business News Ipsos: Doctors and scientists are seen as the world’s most trustworthy professions 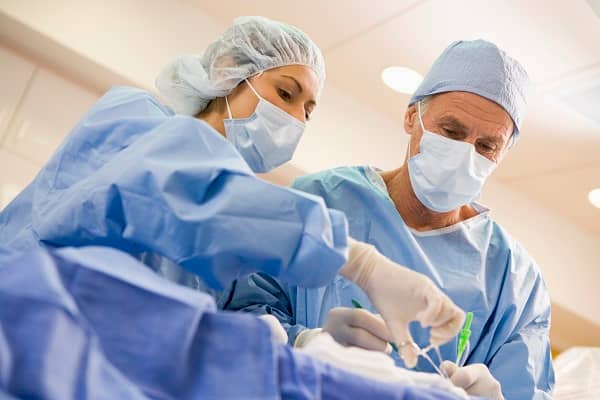 The 2022 Ipsos Global Trustworthiness Index reveals that doctors and scientists are considered the world’s most trustworthy professions. The Index has tracked trust in many professions since 2018.

Across 28 countries around the world, a Global Country Average of 59% rate doctors as trustworthy, while 57% say the same about scientists, with teachers in third place at 52%. As in previous years, politicians are considered the least trustworthy with just twelve per cent considering them trusted. They are followed by government ministers (16%) and advertising executives (18%).

Focussing on trends since 2018 among 22 countries, the level of trust in doctors and scientists has fallen slightly compared with their pandemic-driven high scores in 2021, but only back to the position they had pre-pandemic.

Trust in doctors has declined by six percentage points while scientists have seen a decrease of four points – although both have made up the top two in each year of the Index since 2018. Over the years, there has been little change in the proportion who see ordinary men and women as trustworthy, now at 37% and much in line with previous waves.

The Spanish are the most likely worldwide to rate doctors as trustworthy, with 71% scoring them one or two out of five for trustworthiness. Doctors are held in similar esteem in Mexico (70%) and the Netherlands (69%). Trust in doctors has fallen slightly in Great Britain, which was the most trusting nation in 2021: 66% consider them trustworthy, down from 72% in 2021.

Scientists are most trusted by Chinese citizens (71%) as well as those in Mexico (70%) and Spain (70%). The Japanese are least likely to consider them trustworthy (37%), followed by South Africans (44%), Poles (48%) and South Koreans (49%). As in previous years there has been less movement in trust figures for scientists, although there has been a significant drop in trust among residents of Poland, Hungary and Italy (all -13ppt) as well as the United States (-9ppt). By contrast, trust in scientists in Mexico has risen by ten percentage points since 2021.

Teachers remain the third-most trustworthy profession for the fourth wave in a row, with 52% rating them as trusted. The countries that find them most trustworthy are China (66%), Brazil (64%) and Chile (63%), while Japanese, South Korean and Polish people are least likely to think this (17%, 31% and 34%). Figures for trust in teachers have shifted less than for scientists and doctors, however trust has fallen by ten points in Poland, nine points in Malaysia and eight points in Italy.

As in previous years politicians, government ministers and advertising executives stand out as the least trustworthy professions. This year just 12% of the Global Country Average rate politicians as trustworthy, while 16% say the same for government ministers and 18% for ad executives. These scores are in line with those recorded last year, although in the subset of 22 countries that have been in each wave of the survey, the proportion who find advertising executives to be untrustworthy has risen by six points. Views towards politicians are lowest in Peru, Argentina and Chile, where around 8 in 10 see them as untrustworthy.

Looking at the results in Britain, doctors remain the most trustworthy profession (66%) despite a six-point decline this year (back to where they were in 2018).

Government ministers have experienced the biggest increase in the proportion who consider them untrustworthy: this has increased by eight points between 2021 and 2022, from 49% to 57%. They are now considered as untrustworthy as politicians more generally.

Some professions have seen significant increases in trust between 2021 and 2022: the proportion who consider journalists trustworthy has risen by seven points, from 13% to 20% and TV news readers have seen a similar boost (from 31% to 37%). Business leaders have seen their stock rise from 16% to 22%, and bankers have also trended up by five points to 23%. However, pollsters have recorded the biggest increase, with a nine-point rise in their trustworthiness to 20% (although they are still seen as more untrustworthy by 25%).

Mike Clemence, Senior Consultant at Ipsos UK, said, “Britons continue to see doctors as the most trustworthy profession, despite a small decrease since the 2021 wave of this survey which took place in the depths of the COVID-19 pandemic. Other professions the British public consider most trustworthy include scientists, teachers, judges and soldiers.

It will come as no surprise that politicians and ministers are at the foot of the trust table, alongside advertisers. We have also seen an increase in active distrust of government ministers between 2021 and 2022, although this is at least partly a reversal of the improvement we recorded during the pandemic and is not quite as bad as it was in 2019.”