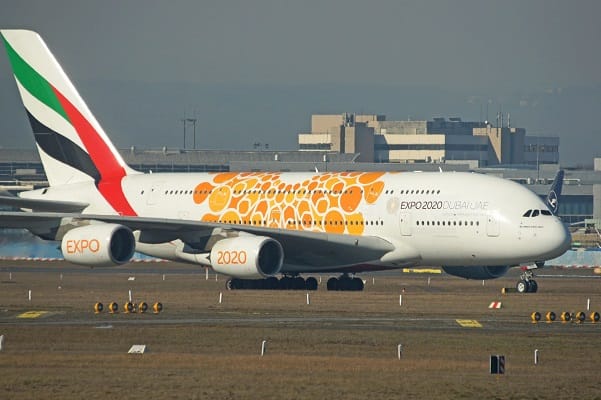 ParcelHero’s Head of Consumer Research, David Jinks M.I.L.T., says: ‘International airfreight rates are, to be blunt, all over the place. Rates between East Asia and Europe have fallen by 30-40% compared to this time last year.

‘UK shoppers buying goods manufactured in China may ultimately profit from this as import costs fall. However, the freight analytics platform Xeneta says China-Europe airfreight rates are still up 62% on pre-pandemic levels, despite the current drop. That means, in our view, it’s too soon to expect a dramatic fall in UK store prices.

‘A lot of the turbulence hitting airfreight is based around changing conditions in China. Chinese New Year factory shutdowns always flatten demand for air cargo space in the first months of the year. In addition, China’s wholesale lifting of Covid restrictions has increased international travel, thereby increasing spare capacity. Don’t forget, 45-50% of the world’s air cargo is usually transported in the belly of passenger aircraft. The more international passenger flights out of China, the more this should lower rates as capacity increases.

‘As far as UK exporters are concerned, in terms of Europe to the US, airfreight rates are down around 14% on January 2022, which is good news. However, these rates are still up an eye-popping 70% compared to pre-pandemic 2019. Clearly, there is room for movement here as well.

‘The biggest drop in global airfreight rates has been in the vital Asia-US market.  China-North America rates have tumbled by 56% YOY, according to the international freight price tracker TAC Index. As the most significant global trade route, this fall will impact on airfreight prices across the world.

‘While airfreight prices have had their ups and downs, ocean shipping prices have sunk in recent months, as competition has declined. That’s in response to a fall in demand caused by the global slump in trade.

‘However, once again, there might not be an immediate and noticeable drop in the cost of goods shipped from China to the UK. That’s because the international shipping companies have formed alliances to prop up rates as much as possible by cancelling China-Europe (and China-North America) sailings. This maintains the rates of remaining sailings (as well as saving money powering vessels that are nearly empty).

‘The practice of cancelling scheduled sailings is called “blank sailings”. Of the three major shipping alliances serving the Asia-Europe route, an incredible 27% of sailings have been cancelled for the first seven weeks of this year, according to shipping experts Alphaliner. THE Alliance (Hapag-Lloyd, ONE, Yang Ming and HMM) has blanked 36% of all sailings, 2M (MSC and Maersk) 24% and Ocean Alliance (CMA CGM, Cosco, OOCL and Evergreen) 23%. Cargo booked on blank sailings is rescheduled for the next actual transit.

‘Despite these cancellations, the overall ocean transport market has stabilised post-Covid and is, once again, a reliable option for retailers. Some traders who switched to airfreight as global sailings collapsed during the pandemic are now moving shipments back onto boats, despite the longer transit times compared to airfreight.

‘Already, some retailers have benefitted from falling rates for both air cargo and ocean transport. The US logistics website Supply Chain Dive reports Gap and sports apparel specialist Lululemon’s profit margins have improved because of softening air cargo prices, and Victoria’s Secret has already moved away from air to ocean transport to lower its costs.

‘However, analysis from the international news agency Reuters reveals that, while prices in the most volatile segment of ocean shipping are collapsing, top retailers (such as Walmart and Home Depot in the US) are unlikely to achieve savings until the spring contract renegotiation season. Many ocean shipping companies traditionally set their rates following Chinese New Year.

‘If and when retailers do nail-down cheaper air and ocean rates contracts, all eyes will be on whether the resulting cost reductions are indeed passed on to their customers.’

‘International shippers can reduce their costs further by keeping in mind that a carrier will charge on weight or volume, whichever is the greater. This size-based weight is termed volumetric measurement. The problem is that different companies use different divisors to set this rate. And some apply a different volumetric formula for their express service compared to their economy service.’