Home London NewsCity of London In pics: RAF centenary through the eyes of Twitteratis 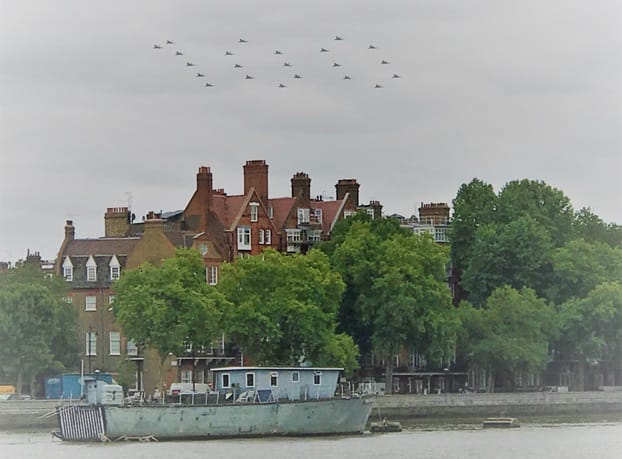 In pics: RAF centenary through the eyes of Twitteratis

Queen Elizabeth and senior members of her family were at Westminster Abbey today to mark the 100th anniversary of Britain’s Royal Air Force (RAF).

Harry, Meghan, William and Kate also joined the Queen to help kick off the day-long celebration, followed by a flypast of almost 100 aircraft over Buckingham Palace in London.

The tribute to the RAF was captured by many jubilant visitors and Twitteratis. Here are a few of them:

Traffic on The Strand has stopped for it. #RAF100 pic.twitter.com/3ou20jPzck

Just the Red Arrows flying past @WaterstonesPicc for #RAF100 pic.twitter.com/ybG203Zap3