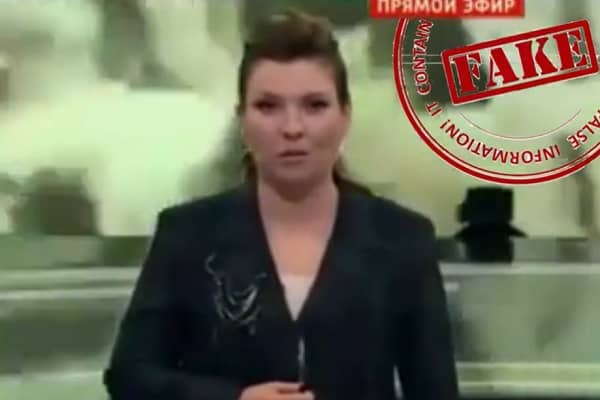 Vladimir Putin has been excluded from the Queen’s funeral which has dented the evil tyrant’s ego and in an act of vengeance he has attempted to discredit our much loved Queen.

Our Queen who served the United Kingdom and the Commonwealth in her glorious reign of 70 years of service peacefully passed away on Thursday, 8 September and her funeral will take place on Monday.

Kremlin propagandists who are close allies of the Russian President have now released a “fake” video of the late monarch purporting to show Her Majesty throwing scraps of food to African children.

Russian TV presenter Olga Skabeeva said, “To understand what Queen Elizabeth was like. This footage shows the Queen in her younger years.

“And this is how she gave food to the children of the enslaved people in Africa.

“Just look at that kindness. As though they were animals in a zoo.”

The evil pig added, “This video embodies the way the West and Anglo Saxons behave towards everyone else in the world.”

Fake History Hunter wrote, “That’s not ‘the Queen’ and those are not African children.

“These are two French women in French Indochina (now Vietnam) at least two decades before Elizabeth II was even born.

“They’re also not throwing food but little coins on a string.”

Even after her passing, Russian state media continues to malign Queen Elizabeth. State TV host Olga Skabeeva falsely claimed that the offensive footage depicts the queen, when in fact it was filmed sometime between 1899 and 1900, decades before Queen Elizabeth was born. pic.twitter.com/XNJDTSYiE8

World leaders and dignitaries have been invited to the Queen’s state funeral which has annoyed Moscow.

She added, “The unifying image of Queen Elizabeth II, who has not interfered with politics as a matter of principle during her reign, has not become an obstacle to London’s dissenting attacks, which are subject to accomplishing their own conjectural objectives.”

“For our part, we express our profound condolences to the British people for the great loss that befell them.”

Annexed regions in Ukraine will have Russia’s ‘full protection’ with...

Retailers and manufacturers will be wary of ‘Devil’s...