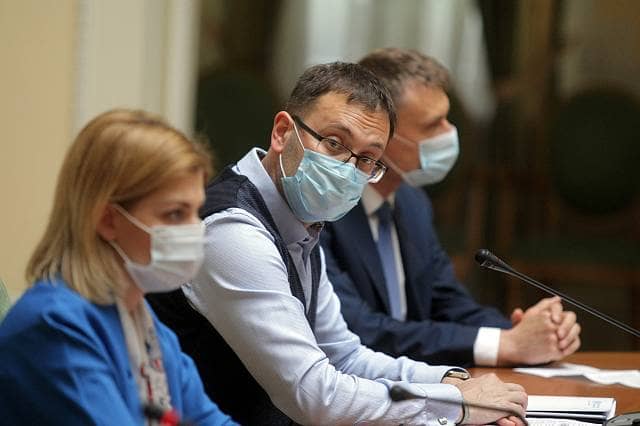 A national survey by leading outsourced communications provider, Moneypenny, into the return to work post-Covid lockdown, shows that 48% of office workers surveyed in London are returning to work immediately, with a further 38% due back in the next one to four months.  This suggests that in the next few months London could have more workers back in the office than other regions (86% vs the national average of 76%).

However London workers are concerned about the risks of returning to work, with 65% admitting to having some concerns about COVID risks.

London workers are more likely than those in other regions to say they will use public transport to get to work (29% vs national average of 15%) while 54% of those in London will commute by car, compared to the 66% national average.

For those hoping returning workers will boost the local economy, the survey suggests that Londoners are more likely than those in other parts of the country to use local amenities:

Wearing masks in the office

The survey showed that London companies are more prescriptive about mask wearing in the office than are those in other parts of the UK: 40% of London workers said mask wearing in the workplace is compulsory in all areas, all of the time, compared with an average of 28% across all UK regions, and a further 34% of London companies have made masks compulsory in all communal areas.

Social distancing at work is clearly a concern for some London workers, as 11% of them said that they don’t trust their colleagues to social distance in the office and would keep an eye on them and report them to the management if necessary, while 41% trust some colleagues and 43% trust all colleagues.

Death of the tea round?

A ban on the sharing of equipment has been imposed by management, according to 38% of those surveyed in London, while even without a ban, a further 25% of London workers said they won’t be sharing stationery and equipment with colleagues.

Even the tea rounds have been called into question, as 25% of London workers said they will not make teas and coffees for their colleagues.

Commenting on the survey, Joanna Swash, CEO of Moneypenny said: ‘We were interested to see how many office workers are either already back at work or will be going back in the next few months.  While there is inevitably nervousness about Covid risks, it is positive to see the large proportion of people who are happy to work with their company in following the new health and safety rules and we’ve certainly been impressed by how innovative and agile our own clients have been in adapting to the new normal at work.’