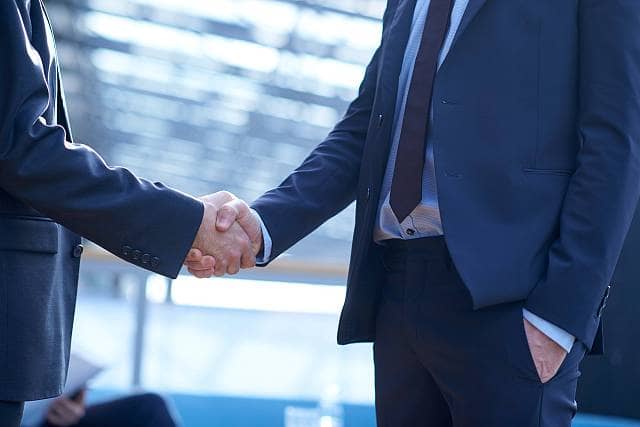 Not every founder starts a business intending to hand it over someday. But for many ambitious entrepreneurs, exit is often the end-game.

Mergers and acquisitions are often the most lucrative ways to cash in on the success of a venture.

Translate plus is a great example of how going down the acquisition route is helping the founders scale up the business.

Compared to many start-ups, translate plus has gone about things differently. And not entirely by choice. The language services provider – now one of the world’s top 50 – was founded in 2008, when funding wasn’t exactly in plentiful supply.

The two co-founders got their business off the ground with some fairly stringent bootstrapping. They paid themselves nothing for the first six months, living off their personal savings.

“We didn’t go down the classic start-up route, taking on debt and developing the business to profitability over several years,” says Co-Managing Director Robert Timms. “We made sure the firm was making money at the outset.”

Given the nature of its proposition, international growth has been a natural part of the firm’s journey. London-based, translate plus initially moved into Germany and Denmark, as the founders were familiar with these markets. By 2015, business had expanded to 50 countries.

Robert highlights how the Mayor’s International Business Programme has been a key support to this aspect of the translate plus growth story.

“For example, joining Sadiq Kahn’s US trade mission was hugely beneficial,” he says.  We didn’t go down the classic start-up route, taking on debt and developing the business to profitability over several years.

Re-investing profits kept the founders in complete control of the company for the first seven years. It wasn’t until 2015 that they decided to seek funding – and decided to look for a buyer.

“The business reached a point where it was time for a transformative leap,” Robert explains. “While for us as founders, it was time to de-risk, and gain some reward for our hard work.

”While looking at various funding options, they discovered that cross-media marketing production company Prodigious – part of communications giant Publicis Groupe – wanted to add language and adaptation services to its offering.

“Being acquired by Prodigious was the ideal solution,” Robert explains. “It had the ready-made global scale that could transform translate plus. Strategically, there was no overlap of services. And it offered the right level of de-risking, as an established and financially secure global business.”

The two firms entered early discussions “to see if they were both serious,” as Robert puts it, and to explore the cultural fit between them.

The conversations proved positive, and soon progressed to giving Prodigious a more detailed view of translate plus: its procedures, plans, forecasts, sales pipeline, and so on.

The next step was to negotiate high-level terms: the price and financial structure of the deal. Once these were agreed, the companies signed a Letter of Intent. Due diligence followed, then contracts were drawn up by lawyers, and signed by the directors of both firms. translate plus became part of Prodigious in July 2017. The process was straightforward, but that doesn’t mean it was easy. “It was nine months of incredibly hard work,” Robert cautions. “Huge amounts of prep were required, and we still had to keep the business running. “You must understand what’s involved before going into an acquisition. Then ask yourself: are you ready for it?”

The plan is now to scale up the business, by capitalising on the significant international network that Prodigious has. With Asia-Pacific a key focus, translate plus has opened an office in Tokyo. Looking back on the experience, Robert has two valuable pieces of advice for start-up founders considering selling their business.

“Sell when you want to, not when you have to,” he says.

“And know what you want from the acquisition. “For example, is your aim to exit the business, or stay involved in growing it? The two scenarios will make for very different deals – and very different buyers.”

Download this report, which looks at the more mature end of the funding journey and provides you with everything you need to know about later-stage financing and exit. It draws on the expertise of the mentors and delivery partners on the Mayor’s International Business Programme which helps London’s entrepreneurial businesses to accelerate their international growth.