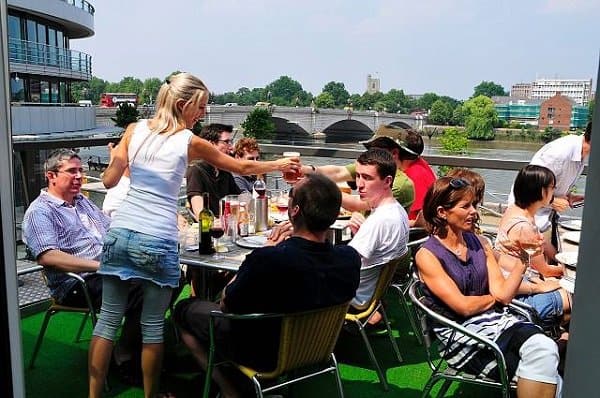 Demand for hospitality professionals more than doubled last week, up 134% in the week ending 21 June, while the rest of the UK reported a 4% drop in hiring.

That’s according to the latest real-time statistics from the world’s largest network of job boards, Broadbean Technology.

The jump in hospitality vacancies is indicative of many businesses gearing up to reopen on 4th July, as confirmed in the Prime Minster’s announcement earlier this week.

The Broadbean Technology data also revealed that the number of jobs being advertised was fairly balanced across most employers in the sector, with a few major brands posting a large number of vacancies, including Costa, McDonalds, the Stonegate Pub Company and Home Bargains.

In comparison, other sectors in the UK reported a slight drop in hiring activity, with the likes of sales & trading and ICT dropping 4% week-on-week, despite the resilience noted in these specialisms in the last month.

Of the UK’s cities, London remains ahead of others in the number of new vacancies added week-on-week, up 9% as employers in the capital begin filling staffing gaps where employees are unable to return to the office.

This particular challenge is more apparent when the number of temporary and permanent roles are compared, with temp vacancies up 3% week-on-week, while perm hiring is down 5% during the same period.

Alex Fourlis  Managing Director at Broadbean Technology said, “There’s no doubt that hospitality has been one of the hardest hit sectors during Covid-19, so to see vacancies up again is a truly promising sign for the UK economy.

“As the easing of lockdown rules continue to be announced by the Government and with cafes, pubs and restaurants given the green light to reopen in July, we anticipate this hiring activity to continue, particularly as many employers battle to get new staff on board quickly.

“The balance between temporary and permanent hiring remains tipped in the favour of temp positions and will continue to do so as businesses face the on-going dilemma of replacing employees unable to return to work for a variety of reasons including childcare commitments and shielding requirements in light of Covid-19.”