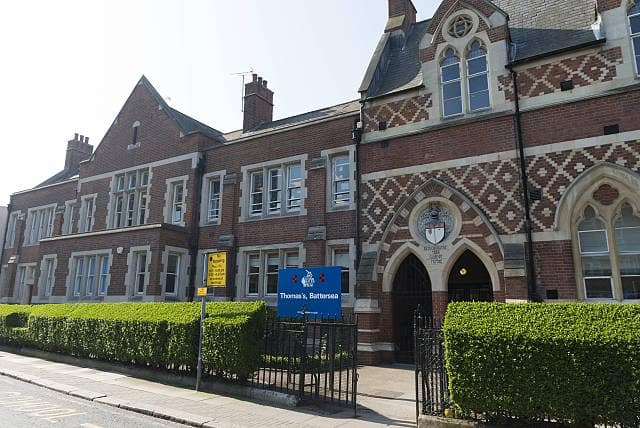 Estate agent Knight Frank has said there is a 60 per cent rise in people wanting to buy in Battersea to be close to Prince George’s school as he starts Thomas’s school Battersea in September.

In March Kensington Palace announced that Prince George, the first born to Prince William and the Duchess of Cambridge will be starting Thomas’s school.

Sales manager of Knight Frank, Kris Ericsson told Harper’s Bazaar: Since the announcement that Prince George is due to attend Thomas’s school in Battersea from September, we have seen a resurgence in interest in the Battersea Park area amongst buyers.”

“We have seen an increase of up to 60 per cent in enquiries for houses of £4m and above and quite a few have explicitly cited the added draw of the royal connection that the area will now enjoy.”

Director of training at the Mari Montessori Institute, Louise Livingstone said to the Telegraph: “When it was announced, our phones were ringing off the hook with people asking whether we had space in our nurseries.”

“With secondary school to come, plus Princess Charlotte’s education to be announced, it’s unlikely this royal knock-on effect is going to slow down anytime soon.”