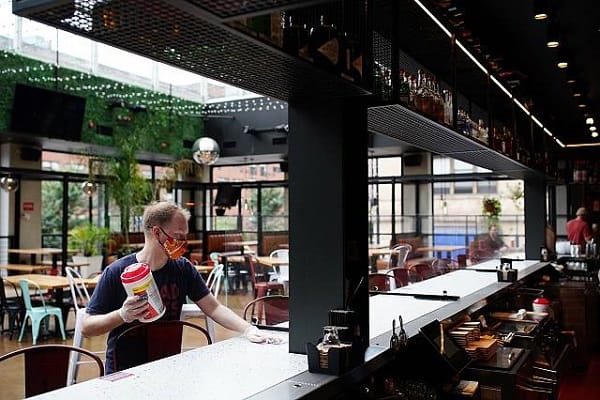 Vacancies across hospitality and retail continued to rise throughout the start of May as Covid restrictions eased, but a lack of staff continues to plague the sectors. That’s according to the latest real-time statistics from the world’s largest network of job boards, Broadbean Technology.

According to Broadbean’s data, new jobs posted across hospitality in the first three weeks of May were already 34% higher than April’s total. This rise coincides with the lead up to the re-opening of indoor dining and drinking across the UK.

Vacancies across retail also reported similar spikes in hiring, reporting a 50% increase in vacancies between 1st – 16th May when compared to the first half of April. These figures are in line with the latest statistics from the Office for National Statistics which reported a 9.2% increase month on month in retail sales for April.

Return to pre-Covid levels, but limited staff a concern

Broadbean’s data also indicates a return to pre-Covid hiring levels across both sectors and is a promising sign that the Government’s roadmap out of lockdown is on track. Hospitality recorded the highest number of weekly vacancies in the first week of May since January 2020, while retail reported the highest number of new jobs since early-March last year

While Broadbean’s data shows a continued increase in vacancy numbers, it has previously warned of a dearth of talent, with its April statistics revealing an 82% annual decrease in overall application numbers.

Alex Fourlis, Managing Director at Broadbean Technology said, “As the re-opening of the UK economy continues, the impact on the labour market has been almost immediate with jobs in hospitality and retail recovering to pre-Covid levels. After a disappointing end to last year, employers in these sectors are bringing people back at work at record pace to match the increased demand. However, the impact of both Brexit and the pandemic on staff availability is continuing to play out as this demand rises. While we expect this jobs growth to continue, we could soon see the gap in supply and demand drive wages up.”