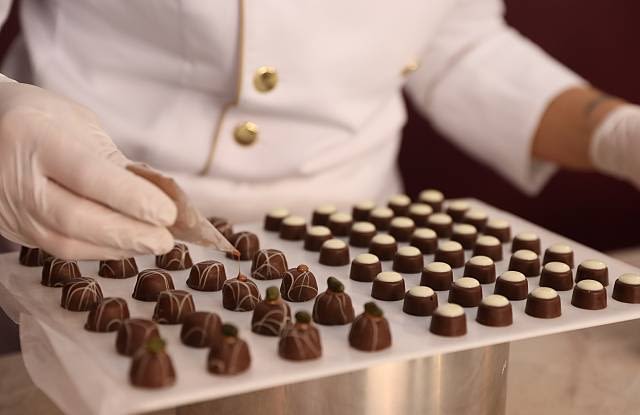 Hilarious tweets after a giant chocolate spill in Germany

Early today morning, a river of liquid chocolate began streaming out of the DreiMeister chocolate factory in Westonnen, Germany.

Firefighters chip away 1 ton of milk chocolate that had flown out of a factory and frozen on the pavement in Westoennen, Germany https://t.co/34xJWRvxtl pic.twitter.com/sGIOqOEbJE

The leaked liquid, due to a overflown tank, soon solidified in the crisp December air, sending the Twitteratis into a meltdown.

Don’t believe us, see them here:

Homer Simpson was right!… Germany *is* The Land of Chocolate! Mmmmmm… Chocolate…. pic.twitter.com/YtIDjAEf4x

Germany, the land of chocolate. pic.twitter.com/bO4jDf4oHZ

A German chocolate factory had a a major spill this week and I can't stop thinking about Willy wonka pic.twitter.com/IGMetjKT9K

@morningbreakclt I don't believe there was a chocolate spill in Germany, maybe you should send me to check it out! pic.twitter.com/HcMiLBLF13