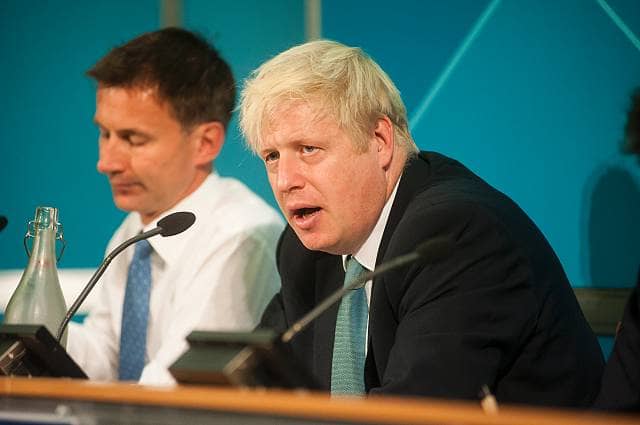 Has Hunt or Johnson grasped the main issues over business rates?

Neither Jeremy Hunt nor Boris Johnson, now vying for the position as the next leader of the Conservative party and de facto the next prime minister seem to have grasped the main issues concerning business rates and the high street, says John Webber, Head of Business Rates at Colliers International, and appear to be “barking up the wrong tree.”

In a month in which high street sales have suffered their biggest fall for more than a decade, Jeremy Hunt has pledged to exempt hundreds of thousands of firms from business rates if he becomes prime minister, in a bid to save Britain’s ailing high streets.

Extending Philip Hammond’s £1.5bn plan to regenerate town centres across the country whereby those businesses with a rateable value below £51,000 are eligible for their bill to be cut by one third, the Tory leadership contender has added that he intends to scrap taxes for nine out of ten high street shops.

The move will save newly exempted businesses up to £6,500 and will benefit an estimated 24,500 businesses based in Birmingham, Manchester, Leeds, Newcastle and Bristol.

Hunts comments also follow reports that the high street faces the loss of 200,000 jobs unless the government acts to revive town centres. The BRC published a survey showing that 70,000 retail jobs were lost in the final months of 2018 and nearly a third of retail businesses plan to shed staff in the coming months. Hunt said his plans would be to “give a new lease of life to the British high street” and provide “hard working local businesses an enormous cash flow. He did not explain how he would fund this give away.

However, John Webber, Head of Business Rates at Colliers International believes Jeremy Hunt has totally missed the point and in his naivety could actually make things worse for the high street.

Webber said, “Like his predecessors, Jeremy Hunt is majoring on small businesses or the smaller retailers, and whilst we have no issue with the Government helping such businesses, this is not where the problem with the high street lies.

“Not only does he seem unaware that many such businesses already receive generous business rates discounts, but also that it is the big retailers, the Boots and M&S’s and Debenhams of this world that are most adversely impacted by the business rates system and as major employers, are the ones causing these swathes of redundancies.”

“In recent months it has been the household “blue chip” names such as John Lewis, Marks & Spencer and Next which have come out lambasting the system. Recently Boots announced it is looking at axing 200 branches and Marks & Spencer that it was adding a further 17 stores to its closure list, admitting it would need to extent its 100-store closure programme. All have named business rates rises and the adverse impact of the 2017 Business Rates Revaluation as one of the key reasons in their rising cost base and difficulties.”

Webber believes, the tipping point for some companies has come about because of the failure of the Government to properly reform a system that has imposed an unsustainable 50% tax on many in the sector. He believes that if the multiplier was 30p to 35p as originally set, it would be more manageable by all rate payers.

In addition, business rates rise every year along with inflation, irrespective of whether the business is doing well or badly. Many of the big retailers are also paying considerably more than they should be due to the onerous effects of downward phasing on their rates bills, following the 2017 Rating Revaluation, where reductions have been phased in over a number of years. Yet any business rate rises have been implemented quickly.

“And this, added to other cost factors and the competition from online retailing, has led to some major decisions in store closures and job losses.”

Not only that, but should Hunt’s plans be implemented and the smaller businesses pay even less of business rates burden, the £26bn collected by business rates will have to be raised from somewhere and without proper reform of the system this burden will land on the bigger retailers yet again.

Webber added, “Helping the smaller retailer is well and good, but it won’t solve the problems of job losses and empty department stores as Debenhams or House of Fraser or Arcadia go down.

”And if they have to pay proportionally more of the burden, it will only exacerbate this decline.”

Webber also pointed out that Jeremy Hunt was also largely ignoring London in his proposals, many of whose stores saw some of the biggest business rates rises in the few years and where many retailers, restaurants and hotels are suffering massively because of the impact of this cost.

Turning to Boris Johnson, the picture is no more comforting, and even vaguer. Johnson has said he wants to cut “corporation and other business taxes” but has not specified which. He seems most interested in slashing income tax by £3m by raising the 40p tax threshold to £80,000 a year and will fund that by increasing National Insurance.

In 2014 as Major of London he did call for a “cut to business rates and increase of council tax for those who had expensive homes in London” but Colliers believe little was done in this respect.

Webber said, “And even if Hunt or Johnson wanted to do something to help the bigger retailer, their hands would be tied by State Aid rules, which limits support that can be given to 200,000 Euro over a three-year period.

“Many of our clients would currently be eligible for relief on their business rate bills given the amount they pay and the state of their finances, but are denied any real relief because of this cap. Euro 200,000 over three years is just too small in comparison to their millions in obligations”

May’s government last year announced that State Aid is here to stay. Even with a “No-deal” Brexit, EU state aid rules will be transposed into UK domestic legislation and will be enforced by the Competition and Markets Authority.

Webber added, “On the whole the response of those in the Conservative leadership race to this crucial issue is disappointing. A proper business rates reform is either not a priority or it is so far down the list that lip service to reform has been made without ant clear understanding of the issues involved.

“Of course that’s not to say the Opposition is coming up with anything better. The Labour party seems to have joined the Liberal Democrats in a call for replacing “the broken-down” business rates system with a Land Value Tax calculated on the basis of the rental value of local commercial land.

“This also is totally naïve and shows a fundamental misunderstanding of how land values work.

“At Colliers we accused Mrs May’s Government of failing to make business rates reform a priority. The government fiddled as the high street burnt. My worry is that none of the current leadership hopefuls will make much of a difference, and maybe even, unwittingly stir up the embers further.”