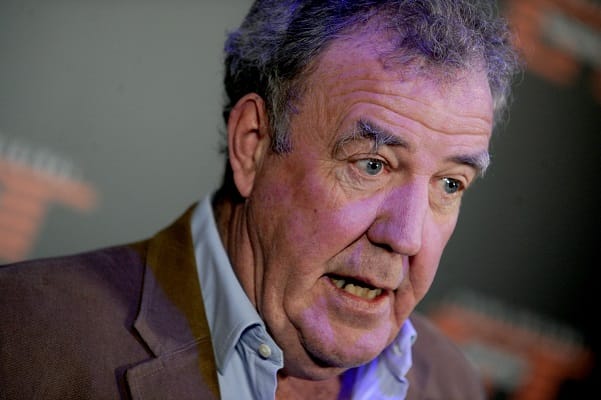 Grand Tour host who is a “petrol head” turned farmer Jeremy Clarkson tweeted that he “had to stop harvesting because of, and I’m not making this up, the fire risk.”

Clarkson is amongst hundreds of farmers across the UK which have been forced to halt their harvests with some farmers saying they have already lost thousands of pounds worth of crops.

One farmer informed the BBC he lost around £40,000 worth of crops when one of his fields went up in flames during the July heatwave.

With England experiencing the driest start to the year since 1976, David Exwood, National Farmers’ Union (NFU) vice president said, “even as the weather gets cooler, the lack of rain has increased the risk of field fires.”

On his own farm in Sussex, David Exwood said his maize was struggling due to the lack of rain and he expected a “dramatically reduced yield,” which could cost him tens of thousands of pounds, reports the BBC.

These accounts and the most recent disclosure from Jeremy Clarkson, confirm the concerns raised by LV=GI regarding the risks of wildfires near properties and an increase in fire-related claims.

LV=GI is currently handling claims costs totalling £1.2 million following the extreme heatwave and fire-related incidents occurring throughout July. The majority of claims were caused by a fire starting in a nearby open area or heathland which spread into homeowners’ gardens.

Clients involved with claims lost garages, fences, greenhouses, sheds and tools, garden furniture, and decking as well as lost trees, shrubs, and flowers. Additionally, 8% of claimants experienced the total loss of a home.

As well as fire claims LV=GI is gearing up for a peak in subsidence claims too. Between June and July this year alone, subsidence cases have risen by 205% – a percentage that is set to increase further in light of hose pipe bans.

Currently, soil moisture deficit is at the same levels seen in 2018, which could promote instability and property sinkage. LV=GI analysis has also indicated that southern and central England have both had considerably lower rainfall levels in 2022 compared to 2018.

Sarah Smith LV= General Insurance head of home underwriting said, “We’re really starting to see the effects of climate change and the impact this is having on homes – whether that be a storm, flood, fire, or subsidence claims – which have all risen in recent years depending on the season.

“As a country, we’re going to need to adapt and ensure existing houses are better protected, as well as really consider the locations planned for new houses which may be in areas more prone to events such as fires starting and spreading rapidly.”