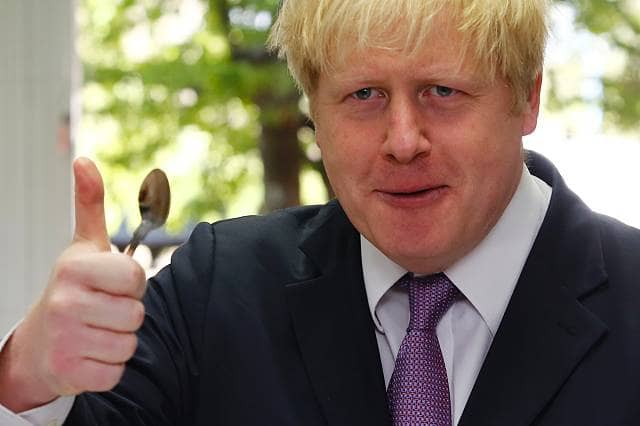 German media calls Johnson ‘Europe’s own Trump’ and a ‘charlatan’

He said that whilst Germany bears responsibility for a smooth Brexit, should the UK reach a no-deal Brexit this would be “enormously difficult” and “trust would be destroyed.”

German media commentators have slated Johnson over his gun-ho promises that the UK will leave on 31 October, his bust up with his girlfriend and his character flaws, which has caused consternation and no little disgust in Europe’s largest economy.

Germany’s leading newspaper Bild, asked, “Will Europe soon have its own Donald Trump?”

Alexander von Schönburg for Bild wrote and said that the idea of Johnson to become prime minister triggers, nervous twitching” across Europe and he noted that Johnson has threatened to withhold the UKs €44bn exit payment to the EU.

Bild said, “When EU Council President Donald Tusk said there was a ‘special place in hell’ for the Brexit leaders, he also had Johnson in mind.”

The newspaper catalogued Johnson’s history, including the alleged fabrications whilst he was working for The Times, that he cheated on his wives along with his “legendary laziness.”

The paper further went on with his racist comments, particular referring to Muslim women looking like “mailboxes.”

On Monday, Frankfurter Allgemeine Zeitung broadsheet asked, “What does Boris Want?” The German paper called Johnson “the hero of the English nationalists” and shockingly a “talented charlatan who still does not have a true plan for Brexit.”

The paper further slammed Johnson and said his supports love him as defends Brexit with great relish, “because he is a clown and an opportunist.”

Germany’s influential weekly current affairs magazine, Der Spiegel wrote on Thursday, “Seriously? “Boris Johnson has just one rival to beat, then he is head of the British Tories and new prime minister.

“But for someone so favoured, things are going disastrously.”

Der Spiegel also focused on Johnson refusing to discuss his fight with his girlfriend and his extreme vagueness as to how he will solve the enormous Brexit issue of the Irish border. Safe to say “many technical solutions” exist.

Summing up the influential magazine said, “It was classic Johnson….he is used to making eloquent announcements that often dissolve when it comes to details.”