Home Old Breaking News GE2017: Theresa May hangs on by a thread as she begs for Irish bailout from the DUP 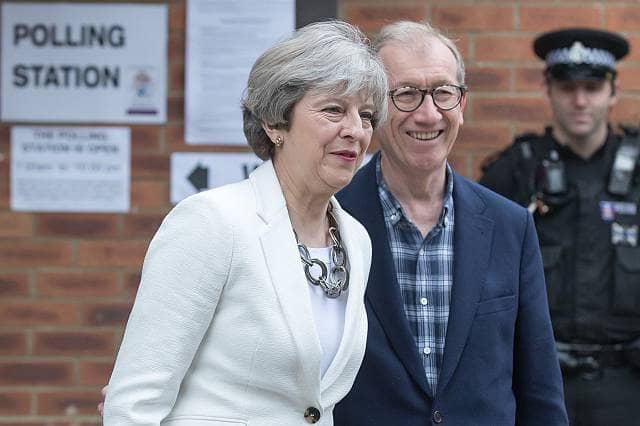 GE2017: Theresa May hangs on by a thread as she begs for Irish bailout from the DUP

The prime minister, Theresa May was forced to beg for a bailout from the Irish Democratic Unionist Party Friday, leaving her possibly imprisoned from the DUP, as she has lost her majority.

A DUP source said they want to prevent Labour Leader, Jeremy Corbyn getting into power as “IRA sympathisers will never do a deal with us” they said.

However, after Thursday night’s shock general election May has lost confidence amongst many, also sterling plummeted and she is due to start Brexit negotiations 19 June.

Opponents have said hearing of May’s coalition with DUP leader, Arlene Foster this will be a “coalition of Chaos.”

Foster said that it is “too soon to say” what will happen although it will be “difficult for May to survive.”

A Conservative source said: “I wouldn’t say a deal has been done. The DUP has made clear they will work for us, but the precise nature of that will emerge in due course.”

The foreign secretary, Boris Johnson has been tipped to succeed May, Johnson said: “We’ve got to listen to our constituents and listen to their concerns.”

David Davis the Brexit secretary said: “The simple truth is we have a Prime Minister, she is a very good leader, I’m a big supporter of hers.”