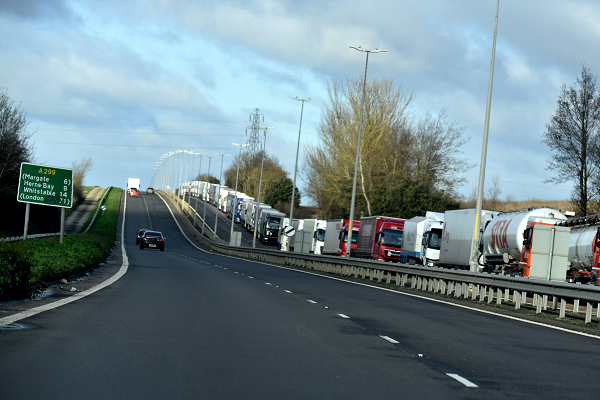 Analysis of Google search data reveals that online searches for ‘truck driver UK’ across the globe exploded 1,300% from the 26 September onwards: when petrol and HGV driver shortages in the UK became a widespread phenomenon.

A new finding by delivery management experts Urbantz reveals that online interest in truck driver positions in the UK skyrocketed to 14 times the average volume from the 26th September – an unprecedented spike in interest for truck driver vacancies, according to Google Trends analysis.

The data also shows that interest in truck driver positions in the UK is the most widespread in Zimbabwe, followed by Nigeria and Sri Lanka. South Africa and Ireland were also among the countries with the highest online searches for ‘truck driver UK’.

A spokesperson for Urbantz commented on the findings, “It’s fascinating to see how much online interest in UK-based truck driver jobs has increased across the globe, following news of the country’s unprecedented need for HGV drivers. Both the fuel crisis and driver shortage have the potential to put a lot of pressure on the country, as we rely on deliveries for our necessities, so hopes will be high that search interest will convert into job applications”

UK’s largest dairy producer warns they are unable to get...

Levelling up the UK will take years, be costly and...

Salaries are rising at the fastest rate in 24 years

Marston’s sales bounceback as Brits get back to...

UK energy crisis is yet another devastating blow for British entrepreneurs

UK small and micro business owners have this week been dealt yet another devastating blow as the energy crisis takes hold, warns UKBF (formerly UK Business Forums). Whilst media …

Over half of contractors plan to move...

Market researcher Kantar said in the four weeks to 3 October food prices have risen by 1.7% and now the average household spends an extra £5.94 on groceries. …

Spiralling energy bills could see a slowdown with production leading to panic...

Pumpkin demand set to rise by 15% as Halloween was cancelled last...

Boris is not taking pig farmers seriously which is an ‘insult’ and...