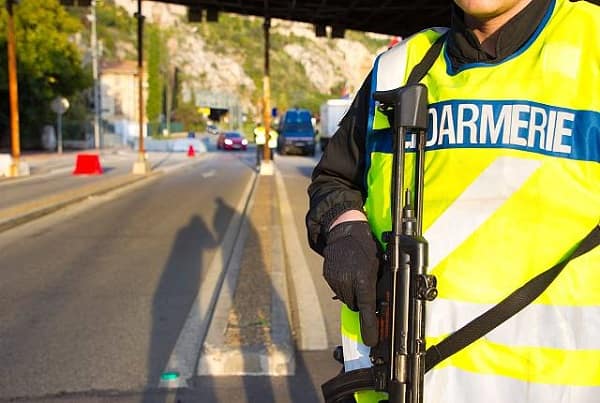 France is in crisis as French police are threatening to stop enforcing the country’s lockdown after furious police unions said there is a lack of protective clothing.

Leading police unions have all come together and have warned the French President, unless the police receive protective clothing, they will refuse to enforce the nationwide lockdown.

The warning by unions comes after a 51-year old married father of three, French Gendarme died from coronavirus in Paris.

The French government have ordered all police officers to give their own personal protective equipment (PPE) to all health workers in the country.

The French police unions said, “If protective means are lacking in the force, police officers will only conduct truly urgent missions and will no longer undertake confinement checks.”

Christophe Crepin, from the France Police, Policiers en colere union told RT, “Security officers, police and other people, who uphold law and order in the country, need to be protected.

“This virus doesn’t distinguish between police, medics and other citizens.”

President Emmanuel Macron is now facing a state scandal which could bring chaos across France if the police are not provided with the much-needed PPE.

On Friday Macron warned the nation that “We are only at the beginning of the epidemic” and the nationwide lockdown has been extended until the 15 April, if not longer.

As of Saturday morning, France has 33,437 confirmed cases of coronavirus with almost 2,000 deaths.

It is further feared that civil unrest is about to “explode at any moment” as the largest cities across Europe are struggling with either no or low incomes due to the pandemic, a Red Cross chief has warned.

Many countries across Europe are having lockdowns extended, particularly in Spain and Italy as the cases are rapidly climbing.

A Red Cross official has warned that Europe’s cities will imminently erupt with civil unrest, as this is a “social bomb.”