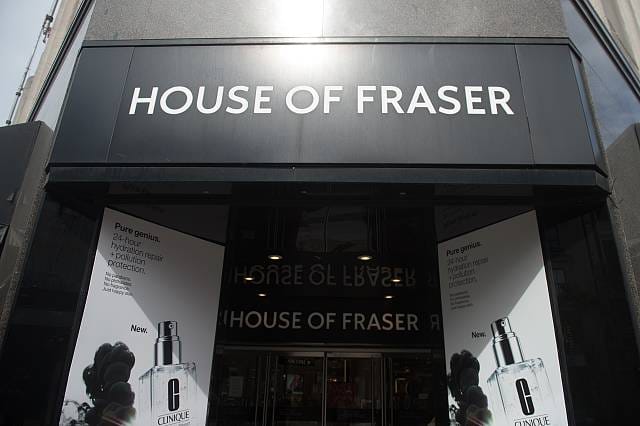 Fraser Group formerly known as Sports Direct has written to Boris Johnson asking him to review the business rates scheme.

Chris Wootton the chief executive of Fraser Group has warned that more House of Fraser stores will close as the “broken and unworkable” business rates system needs urgent reform.

Wootton said the government must reform the transistional relief system as some stores have been “paying the incorrect amount of rates.” He said that Mike Ashley’s can wait “months” but not “years” for the urgent reform.

In the letter sent to Downing Street on December Wootton wrote, “I would stress the urgency of the fundamental review of the business rates regime as we will no doubt unfortunately see further large retail failures in the New Year, and as we have noted publically we can no longer sustain our current portfolio of House of Frasers and have begun [to] close down procedures in some cases.

“I would be more than happy to speak directly to you…to help bring about change and hopefully try and save our high streets as far as possible.”

Policy adviser Dominic Curran of the British Retail Consortium said, “Business rates for retailers account for half their total tax bill and that’s been rising steadily for a decade.

FTSE up ahead of Jubilee weekend

Mike Ashley swoops in to buy Missguided in last-minute rescue...

House of Fraser to shut down London’s Oxford Street flagship...

Frasers makes positive strides ahead of Mike Ashley stepping down...