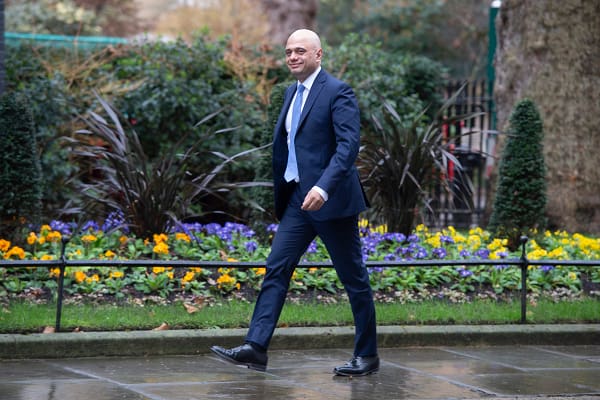 The former Chancellor, Sajid Javid has been appointed as the new Health Secretary following the resignation of love rat Matt Hancock.

Javid was appointed within 90 minutes after Hancock resigned by the Prime Minister on Saturday evening.

Javid said that he was “honoured” to take the helm as he re-enters to top politics in the Cabinet again after leaving a Chancellor around 16 months ago.

Javid tweeted, “Honoured to have been asked to serve as Secretary of State for Health and Social Care at this critical time.

“I look forward to contributing to our fight against the pandemic, and serving my country from the Cabinet once again.”

Dr Chaand Nagpaul, the British Medical Association’s chair of council said, “Sajid Javid has a huge and urgent task ahead.

“He must ensure completing the roll-out of the adult vaccination programme at rapid pace to control spiralling infection rates.

“He must also put forward a credible plan to tackle a backlog of care of unprecedented scale whilst at the same time rebuilding the trust of doctors and the wider healthcare workforce.”

Labour’s shadow health secretary, Jonathan Ashworth said, “Sajid Javid failed to reverse the previous eight years of social care cuts or deliver the investment our NHS needed in his time as chancellor of the Exchequer.

“He now needs to explain how he will bring down sky-high waiting lists, ensure people get the cancer care they need, get young people vital mental health support and crucially fix social care, which has suffered swingeing cuts under the Conservatives.”