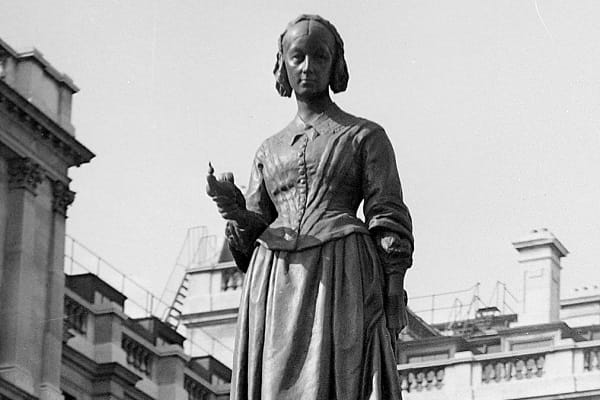 Five of the most influential infographics of all time

We live in the age of data, but most of us still struggle to wrap our heads around large quantities of it. Whether you’re one of the lucky people who can comprehend information easily, or find it a little harder to grasp, simple ways to present data are always a godsend. And recently, infographics have gained momentum as the clearest way to share knowledge with others. Packed with figures, graphs and diagrams, infographics express information (info) in a visual (graphic) way. “No matter how interesting or informative your written content is, presenting it in an eye-catching format will help it stick in your audience’s mind far more easily,” explain the animation experts at Frantic. “After all, the brain is better at remembering things visually”.

That being said, it’s easy to forget that infographics aren’t a new thing — in fact, they have a long history going all the way back to cave paintings. Some truly inspirational and influential ones have appeared along the way, and in this article, we’re going to explore some of the most compelling examples.

Florence Nightingale was an astonishingly gifted woman, famous for establishing the nursing profession as we know it today. As part of her research, she gathered masses of data during the Crimean War, which she privately published in a book named Notes on Matters Affecting the Health, Efficiency, and Hospital Administration of the British Army. This work of statistical brilliance also included one of the most famous infographics in history, commonly known as the Diagram of the Causes of Mortality in the Army of the East. Its greatest discovery was that disease (the leading cause of death during the war) could be managed through various considerations such as nutrition and ventilation. This was a highly controversial idea at the time but laid the basis of modern-day medicine.

The first periodic table was created by Russian chemist and inventor Dmitri Mendeleev, and while it has changed a lot in the past 150-odd years, with new elements being discovered and added as recently as 2016, it is still one of the most prominent infographics in history. Familiar to and dreaded by anyone who has ever taken a chemistry class, the periodic table organises known elements based on their type or grouping, as well as their atomic weights and electron configuration. This was revolutionary at the time, as no real pattern had been discovered regarding the order of the 63 known elements. What’s more, this categorisation allowed scientists through the years to predict the properties of elements that have yet to be discovered. The way the chart is visualised also enables scientists to easily foresee certain chemical reactions using the information on the periodic table. It’s truly changed the way science has progressed.

The London Underground is the oldest metro system in the world, opened in 1863. Although it’s map is undoubtedly unique in the way it operates, that isn’t a problem for those that use it. In fact, the tube map is a magnificent infographic that highlights the information travellers really need, sometimes at the expense of the city’s true geography. Technical draughtsman Harry Beck drew it up in his spare time while working at the London Underground Signals Office, firmly believing that passengers were not interested in the topography of London — but how to get from A to B.

Of course, the network of railways has seen dramatic changes since its opening, but the initial tube map completely transformed the way people treated navigation. It has no topographical information, bar the River Thames. It ignores real distances and scale for the sake of readability. And it is colour-coded and focused on three main pieces of information: the line, the station and the route. The beauty of this map is that it does exactly what it’s meant to do — delivers necessary information in an intuitive and simple way to commuters. Today, it is the basis of many transport maps and is synonymous with London.

We all know about global warming and terms like carbon emissions, the greenhouse effect or the ozone layer are all too familiar. We can thank the IPCC Report of 1990 for that. In 1988, the United Nations set up the Intergovernmental Panel on Climate Change (IPCC) to provide the world with information regarding climate change. Their first report was published two years later and consisted of hundreds of pages using scientific jargon. However, they also peppered the document with graphs, diagrams and other infographics that allowed laypersons to understand these complex ideas. This is significant, as fighting against global warming is an issue that affects everyone, so finding a way to make it accessible and comprehensible is paramount.

John Paulson is a billionaire hedge fund manager who found an interesting way to advertise his then-new forex trading platform, MahiFX. This interactive infographic, created by New Zealand-based creative studio Sons & Co, asks you to enter your annual salary and then compares it to the magnate’s income using some striking examples. These include how long it would take you to earn the same amount of money he earns in a year, as well as comparing what Paulson ‘dropping 100k’ would mean to you — a postage stamp or a large bagel are some equivalents. This campaign was so unique it won the Best Design Awards by the Designers Institute of New Zealand. However, it is important to note that this ad came out during the Occupy Wall Street movement in 2011, evoking some mixed reactions and adding to the ongoing discussion about the outrageous wealth some people possess, and the gaps that exist in society.