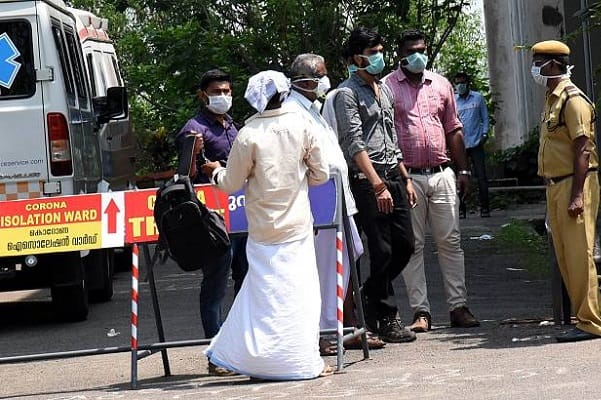 Boris Johnson’s roadmap out of lockdown has been labelled ambitious to unlock all restrictions on 21 June.

Professor Deenan Pillay, of Virology at University College London has issued a warning that Johnson “needs an asterisk” next to 21 June end date for all restrictions.

He said that once aviation and holidays abroad resume then there can be no guarantee that new variants, especially the deadly Indian strains which are devastating India will not arrive in the UK.

Earlier this month the Prime Minister placed India on the government’s travel red list and all flights are now banned into the UK.

Professor Pillay said he remains very skeptical over Johnson’s plane to unlocking on the 21 June as warned that there could be a “leakage” of new variants entering the UK as travel is unlocked.

The virologist said, “Although the government started with saying, we want to go for data be guided by data, not dates, to choose June 21, which is Midsummer’s Day, as a symbolic releasing of everything is actually choosing dates not data.”

He warned, “Just imagine, in the same way, there are high rates of infection in India now, there will be other countries which have high rates.

“You look at the world now, globally there are as many infections as ever before going on today as there was before.

“Travel remains a major weakness of this and however much I personally would love to go abroad, you know, I think we’ve just got to make sure the government messages this in the right way.

“Interestingly, over the last couple of weeks, I’ve noticed the change in emphasis from ministers previously being pretty circumspect about travel and saying for instance we should in 2021 we should have staycations etc.

“Over the last couple of weeks I’ve noticed, very clearly, there is a shift towards almost an acceptance that we’re going to be able to go abroad, all the talk about vaccine passports and so forth.

Professor Pillay warned that is the Indian variant became more prevalent in the UK then it could carry the potential to change the dynamic significantly.

He added, “It also demonstrates the importance of continuing to do everything.

“These viruses will only spread within the UK if we allow them to spread, if we’re meeting up indoors, if we’re forgetting about our normal hygiene and mask-wearing, if we forget about widespread testing and contact tracing and so on.

“If we sort of let those things, then that those are the circumstances were imported infections can then take off.

“I should say, there are variants developing all the time so we can’t predict that.

“So for those reasons we’ve got to keep on our guard within the UK as well as we are very concerned about opening up our borders.”

He added, “Imagine the situation where in a month’s time, the beginning of June, where suddenly they’ve got a country where there looks to be a surge of infections.

“What’s India now, which is a terrible situation, could be somewhere else.

“And, and for that reason, we’ve got to be guided by that rather than the date for opening everything up.”