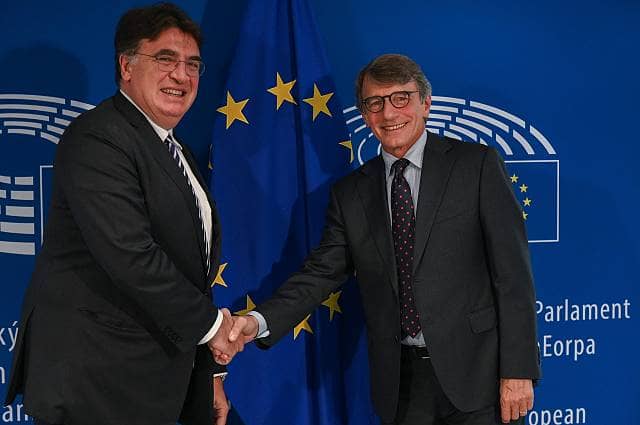 David Sassoli the new European parliament president has given the British prime minister a warning, that a no-deal Brexit is “entirely the responsibility” of the UK.

Sassoli also reminded Boris Johnson that the UK will still be under EU financial obligations and the Good Friday Agreement.

Speaking in Brussels Sasolli said, “The resolution stresses the concern of the parliament on recent developments in the debate in the UK and the breaking off of the negotiations, which do bring us closer to the possibility of a no-deal.

“We believe there is too much rigidity and this rigidity is something that’s been rectified into the date of the 31 October.

“The resolution says that if there is a no-deal departure that will be entirely the responsibility of the UK.

“And of course, it will still be bound to its financial obligations and they need to respect the rights of the citizens as well as the Good Friday Agreement.

Slamming British negotiators, the EU president said they have failed to put forward any new proposals and added that EU are ready to make an offer if Johnson can secure backing from MPs.

Sassoli said, I’d like to stress this point. The UK hasn’t really proposed any alternatives.

“We are willing to go back to the original EU proposal… which is that a backstop will only be provided for Northern Ireland.”