Home Brexit End the Brexit impasse and get back to business 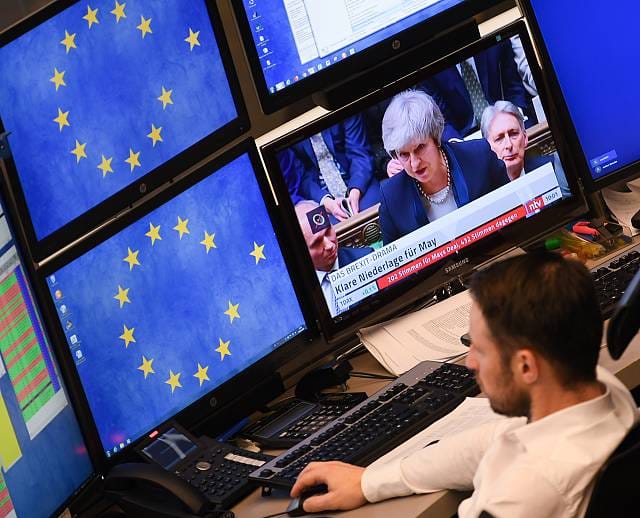 End the Brexit impasse and get back to business

The head of the UK’s largest business group will this evening urge the new government to secure a pro-business Brexit and get back to addressing the domestic challenges facing the UK‘s 5.6m small firms.

Addressing FSB’s yearly summer reception in Parliament, National Chairman Mike Cherry will highlight the impacts of sustained uncertainty on small business confidence, urging the incoming administration to “set out its plans for securing a pro-business Brexit one that encompasses a comprehensive deal, enabling an orderly withdrawal and substantial transition period.

“Resigning ourselves to a chaotic no-deal Brexit in a little over three months’ time is not helpful. Doing so risks real harm to smaller businesses, which are the least likely to be in a position to respond to economic shocks.”

He will stress that small firms can only help to close the UK’s productivity gap when they have the political certainty required to take risks, innovate and expand.

Without this, he’ll warn, “the UK risks gambling away its reputation as a secure place to invest, and small businesses, many of which do not have the luxury of moving operations to other countries, will suffer as a result.”

Regarding Brexit, Cherry will rue “the breakdown of cross-party talks”, dubbing it “just another chapter in what has been a litany of failures during the Brexit process”. He’ll stress that “the answers cannot lie with one party alone, or even one faction of one party”.

Cherry is set to flag that small business owners want to see the government secure a pro-business withdrawal from the EU so it can return to the issues that are front of mind for them: late payments and tax burdens, as well as spiralling employment, regulatory and compliance costs.

Looking ahead to the upcoming Spending Review, he will stress the importance of business rates reform and investment in digital connectivity, while taking aim at the current apprenticeship system.

Cherry is expected to warn that, where taking on young people is concerned, “small businesses cannot survive on ever smaller scraps from the unspent Apprenticeship Levy.”

Department for Education figures show there were 311,000 apprenticeship starts in the first three quarters of the 2018/19 academic year, down 29% compared to the same period in 2016/17 when the levy, and associated reforms to co-investment, were yet to be introduced.

The latest Small Business Index (SBI) shows export intentions tumbled in Q2 of this year, with fewer than one in three (28%) small exporters expecting to increase international sales. According to the ONS, the UK’s international trade deficit widened by £20 billion to more than £45 billion in the twelve months to May 2019.

Previous FSB findings show that one in five small UK businesses export, but this proportion could be doubled with the right support, including export vouchers, tax credits and small business provisions in new Free Trade Agreements, including dedicated small business chapters.