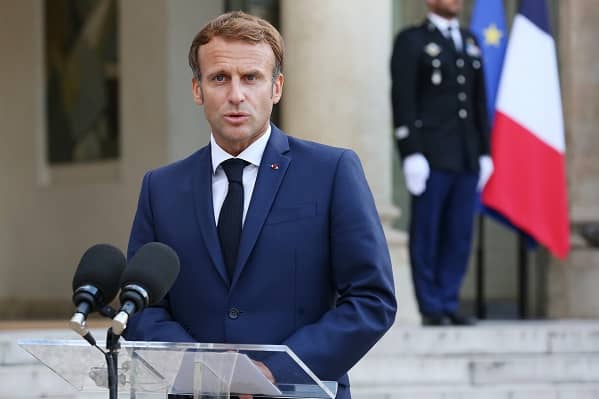 The French President Emamanuel Macron has been branded as a “little Napoleon” in a blistering swipe by Tory MP Andrew Bridgen in a rage over the UK French fishing row.

Bridgen warned that the fishing rows will get worse before they get better whilst speaking at a DEFRA committee meeting.

The Conservative MP has called on the government to stand up to the threat that France is imposing on British fishing trawlers and to protect UK fishing waters.

This comes as France has detained a British trawler for not having a licence to fish in their waters, the French authorities have confirmed. The French maritime minister Annick Girardin said it is “not war but this is a combat.”

Bridgen said, “Would my right honourable friend agree with me that the predictably disproportionate unreasonable behaviour of the French authorities in these matters is inexcusably linked to the fact that President Macron is facing very difficult elections next year.

“Therefore, we should expect matters to get worse before they get better.

“History shows that this House and our great nation’s interests are best served by standing up to the threats of little Napolean clinging on to power.”

George Eustice MP said in response, “I know what my right honourable friend says but I simply say I am a bit more optimistic.

“I think in this job you always have to hope that things will get better and get better now than get worse.”

Conservative MP Tim Loughton said, “My fishermen are more concerned about the infringement of French fishing boats in our waters that appear not to be following the rules.

“Can we have some assurances firstly that the right honourable minister will do everything he can to make sure the fishing boat from Shoreham is properly looked after?

“But can we have assurances that there is proper enforcement action against infringements which are happening by French fishermen and women in our waters?”

Eustice responded with, “If fishermen in his constituency have some specific points about specific vessels they would like to feed into me, I would be more than happy to refer that on to the Marine Management Organisation (MMO) who lead enforcement in our waters.

“It is the case we have significantly increased our enforcement capacity with additional vessels with some aerial surveillance.

“This is in order to enforce activities in our waters properly.

“If there are particular instances that Mr Loughton is aware of, I would be happy to follow up.”