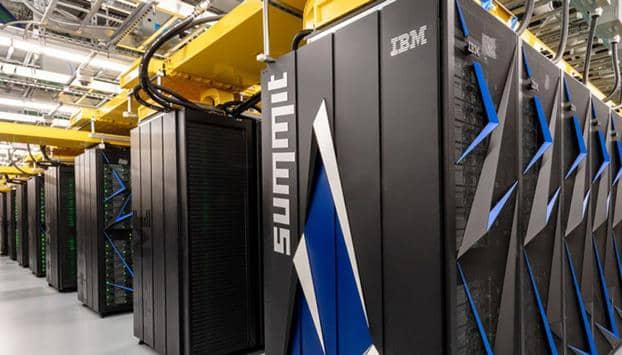 A jury has just ruled in favour of IBM in an ongoing patent battle with e-commerce giant Groupon. The latter will now have to pay IBM $83 million as they have been found to have wilfully infringed patents dating back to the 1980s.

At Dawn Ellmore Employment, the team keeps on top of the latest patent infringement cases around the world. Following the Intellectual Property (IP) legal disputes between major businesses furnishes us with up-to-date sector understanding that helps us to place IP professionals in their ideal roles.

During a ten-day trial, a lawyer for Groupon informed a court in Delaware, USA that IBM has chased down practically every large technology company for patent fees, implying this wasn’t fair.

In this case, IBM sued Groupon for more than $165 million, accusing them of infringing no less than four basic internet tech patents. The case has drawn interest from the entire tech industry as the sector waited to see the outcome.

Historically, IBM has always portrayed itself as such an important tech innovator that any licensing fees it demands should be considered reasonable in terms of R&D costs. However, Groupon has chosen to defend itself by painting IBM as an unfair litigator using outdated patents to force other tech companies to pay up with threats of litigation.

Groupon lawyer J. David Hadden said in federal court: “IBM has approached every significant company in the web technology space asserting patents against them.” As he was cross-examining Thomas McBride, IBM licensing executive, he said: “If someone comes to me and says ‘pay me’, I would view that as a demand.”

Two of the patents under dispute involve ‘Prodigy’. This is IBM’s precursor to the world wide web, which was patented in the late 1980s, and offered news, sports and weather reports. The patents describe extremely common technological uses such as online advertising and password management.

IBM disputed the assertion that they have approached so many tech companies, although McBride admitted that the company has spoken with companies such as Airbnb and Yelp, among others. While conversations have clearly been had, an IBM spokesman said that there are no licensing deals in place as yet with either Yelp or Airbnb.

IBM argued that its license fees help it to pay for the billions of dollars spent on R&D in pursuit of better technology. They also cited licensing as helpful in reaching productive arrangements with other cutting-edge companies. IBM has also secured more US patents than any other company over the last quarter of a century.

Existing licensing agreements include with LinkedIn, Amazon, Alphabet’s Google, Amazon and Twitter who have paid fees to IBM ranging from around $20 million to $50 million each. Licensing generated $1.19bn for IBM in 2017, and is a major revenue stream for the company.

McBride was also questioned by Groupon’s lawyer about IBM selling to companies who hold IP solely in order to file lawsuits. IBM’s lawyer objected to this line of questioning on the grounds that it is irrelevant, but the judge ruled against the objection and McBride was instructed to answer.

He said that IBM is “selective” regarding who it sells patents to and strikes licensing deals to protect itself from such companies.

With IBM such a patent behemoth in a fiercely innovative and competitive sector, it’s clear why the technology industry monitored this case closely. In a statement after the verdict against them, Groupon insisted that it still believes it didn’t infringe any valid IBM patents, and that any value they were deemed to have is negligible.