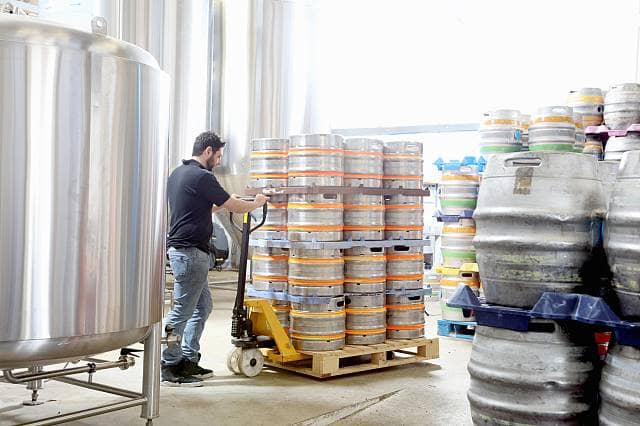 Innis & Gunn, one of the UK’s most successful international craft brewers, today announced it has made a recommendation to its Ordinary Shareholders to consent to an offer of investment in the business from L Catterton, the largest consumer-focused private equity firm in the world.

Founded in Scotland in 2003, Innis & Gunn has grown to be the No. 2 craft brewer in the UK off-trade, No.1 imported craft beer in Canada and No. 2 in Sweden, and exports to over 28 countries. Expansion in the past 2 years has seen the successful opening of four Beer Kitchens in Scotland, and has established the brewer’s home for barrel-ageing and innovation at the new Innis & Gunn Brewery in Perth. The brewer recently reported a 22 per cent increase in its annual group turnover to more than £14.3m in 2016. This was the 13th consecutive year of volume growth, with volume over the past five years increasing by 175 per cent including sales of the Inveralmond Brewery brands which were successfully integrated into the Innis & Gunn business last year.

“The craft beer category is booming globally, and this is a hugely exciting opportunity at the right time for us to build strongly on the solid foundations that have been laid to double our 2015 turnover by 2018. Innovation and quality have been at the heart of Innis & Gunn’s success since day one, and this continues to drive us forward. Aside from providing additional capital to accelerate our growth plans, we believe L Catterton will strengthen our business with unparalleled expertise in brand building and a deep understanding of global consumer markets, sharing our vision and supporting our continued expansion and growth.”

Completion of the deal would give L Catterton a minority stake of 27.9 per cent in the business, and Dougal Gunn Sharp will remain the largest single shareholder, and the offer from L Catterton reflects and confirms the price paid by the crowdfunding community In November 2016, when Innis & Gunn raised £2.4 million through its first equity crowdfunding campaign, AdventureCapital.