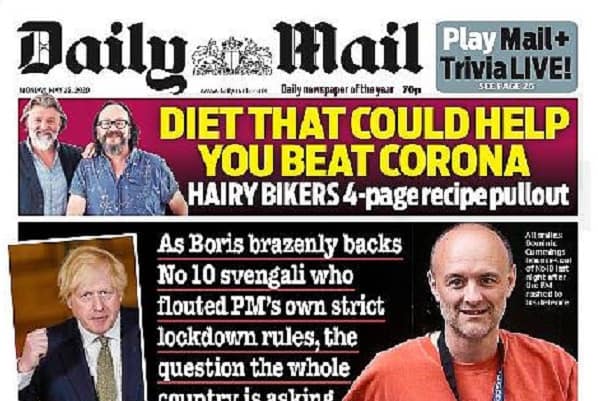 It is becoming increasingly fashionable to either spin off or sell assets from large businesses to reshape for the future. In particular, conglomerate structures are no longer considered attractive, and investors prefer a sharp focus on fewer areas rather than fingers in lots of pies.

Some of these corporate restructuring actions have been driven by activist investors seeking to unlock hidden value, others have been partially influenced by third parties wanting to own certain assets and offers that are too good to pass up.

“In the case of media group Daily Mail & General Trust, it has for years owned stakes in various assets and it’s come to the stage where major shareholder, the Rothermere family, thinks it could be best to take the business private,” says Russ Mould, investment director at AJ Bell.

“In a world where investors have been chasing the next big growth story, DMGT has been an underappreciated player in this space. Over the years it has made investments in various industries including property, education and publishing.

“People rarely talk about DMGT’s venture capital activities which currently include stakes in fixed fee estate agent Yopa and online car retailer Cazoo, the latter business being less than two years old yet expected to be worth $8 billion when it joins the stock market later in 2021.

“DMGT has also been active in the less glamourous business to business market with interests in insurance risk and exhibitions. Nonetheless it is a profitable company overall, with many leading brands including the Daily Mail newspaper and website which would be a very attractive asset for another media group or even private equity to own. Perhaps the Rothermere family is acting now to avoid someone else stepping in and trying to bid.

“In the case of Tate & Lyle, it is focusing on the faster growth element of its business and offloading a controlling stake in its lower growth operations. That’s a perfectly logical step to take.

“In doing so, investors may reappraise Tate & Lyle and be prepared to pay a higher multiple of earnings to own the shares. In essence, this is a classic re-rating catalyst.”