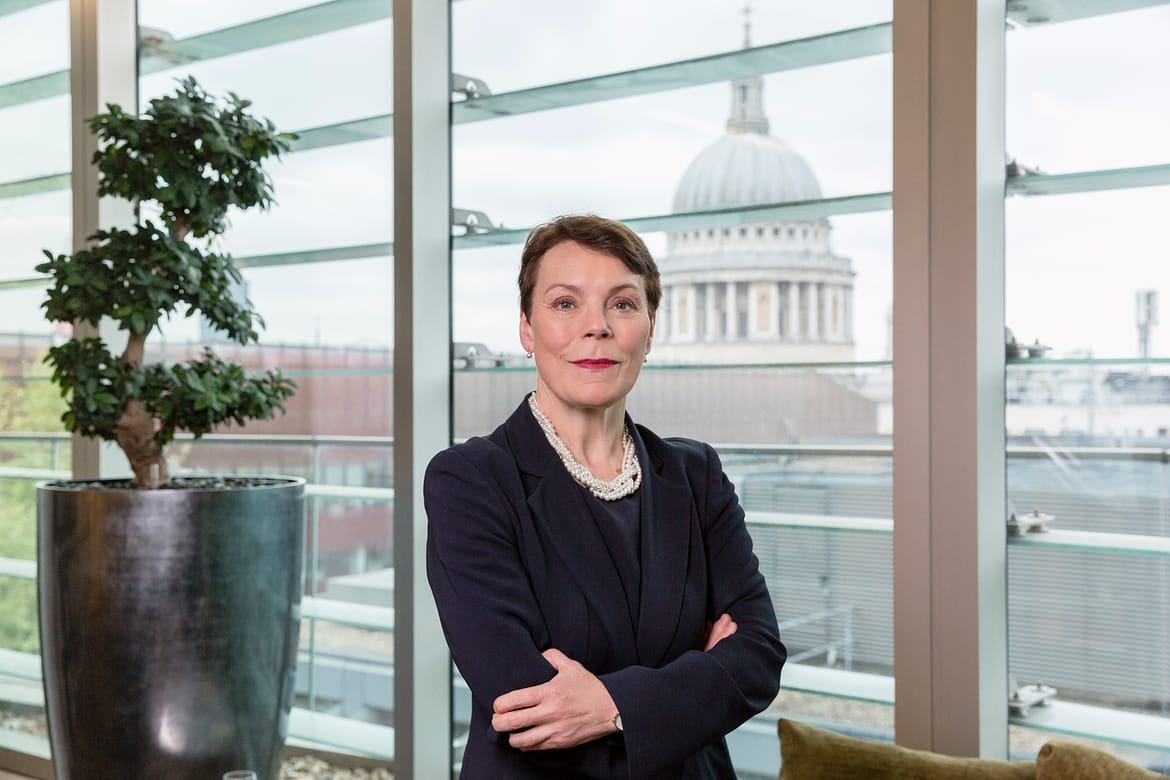 The City of London Corporation has elected Catherine McGuinness as its new Chairman of the Policy and Resources Committee.

The City of London Corporation is the UK’s fourth largest funder of culture that invests over £80m every year in heritage and cultural activities of all kinds, something she is keen to champion as part of her role.

McGuinness is also committed to building on the Corporation’s strong ties with political representatives both in the UK, EU and internationally, to ensure the City remains the leading global financial centre after Brexit.

Prior to becoming Policy Chairman, McGuinness spent several years practising as a solicitor, as a partner in a City law firm – advising a number of international financial institutions – and as head of legal in an international bank.

McGuinness assumes the role after serving 20 years as an elected Member. She replaces Mark Boleat, who has served his full five-year term.

Commenting on her appointment, Catherine McGuinness said: “As Chairman of the Policy and Resources Committee my goal is a vibrant, thriving City contributing to the prosperity and well-being of the capital and the country.

“Assuming the role of Policy Chairman at such a critical time for the financial and related professional services sector is a significant task.

“My background in financial law helps me understand the complexities that Brexit poses. Through engagement with firms, trade bodies and government representatives, the City Corporation has led on some important work in this area and in supporting global opportunities and innovation for the future work that I’m looking forward to developing further.

“I am keen to explore how the sector can benefit from leaving the EU, particularly in developing our relationships with new international partners such as China and India.

“But the City Corporation is about more than just financial and professional services.

“We must make the most of the history and heritage the City has to offer, and build upon our desire to create a cultural hub. Plans such as a new Museum of London are just the start of this new hub.”

Outgoing Policy Chairman Mark Boleat also commented: “It has been a great privilege to serve as the City’s Policy Chairman since 2012.  I am very proud to have been able to play a small part in expanding the City’s work in London in respect of education, employment, culture and the many other features that make London the greatest City in the world.

“Handling the referendum and now Brexit has been a challenge for the City. There is much to do if London is to retain its pre-eminence in a post-Brexit world.

“I have complete confidence that Catherine will do a great job in representing the City and ultimately helping to secure a Brexit deal and domestic policy outcomes that will see the City continue to thrive.”

Catherine is a member of the governing body for The City Academy, Hackney, which is co-sponsored by the City and by KPMG, as well as the board of the Barbican Centre.   She has chaired the City of London’s Education Board and City of London Academies Trust, leading the expansion of its academy chain.

McGuinness became an elected Member of the City Corporation in 1997, and represents the ward of Castle Baynard.