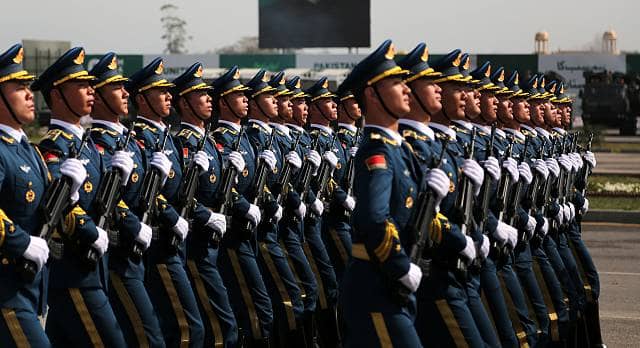 It has been reported that China has deployed 150,000 troops to be prepared for any pre-emptive strikes as a result of the US airstrikes in Syria last Friday which was also interpreted as a strong warning to North Korea.

China has deployed medical backup units from the People’s Liberation Army to the Yalu River.  China was also left shocked by Friday’s US airstrike in Syria.

Chosun.com reported from Korea that that the troops will handle refugees along with “unforeseen circumstances” in the event of pre-emptive strikes on North Korea.

North Korea has conducted more missile tests which has forced Washington to deploy the USS Carl Vinson strike group from Singapore and Australia.

China sent their top nuclear envoy to Seoul Monday over the North Korean threat of war. There is further speculation of an imminent nuclear test for the 105th birthday of the founding leader. It is common practice for North Korea to celebrate with a military show of might.