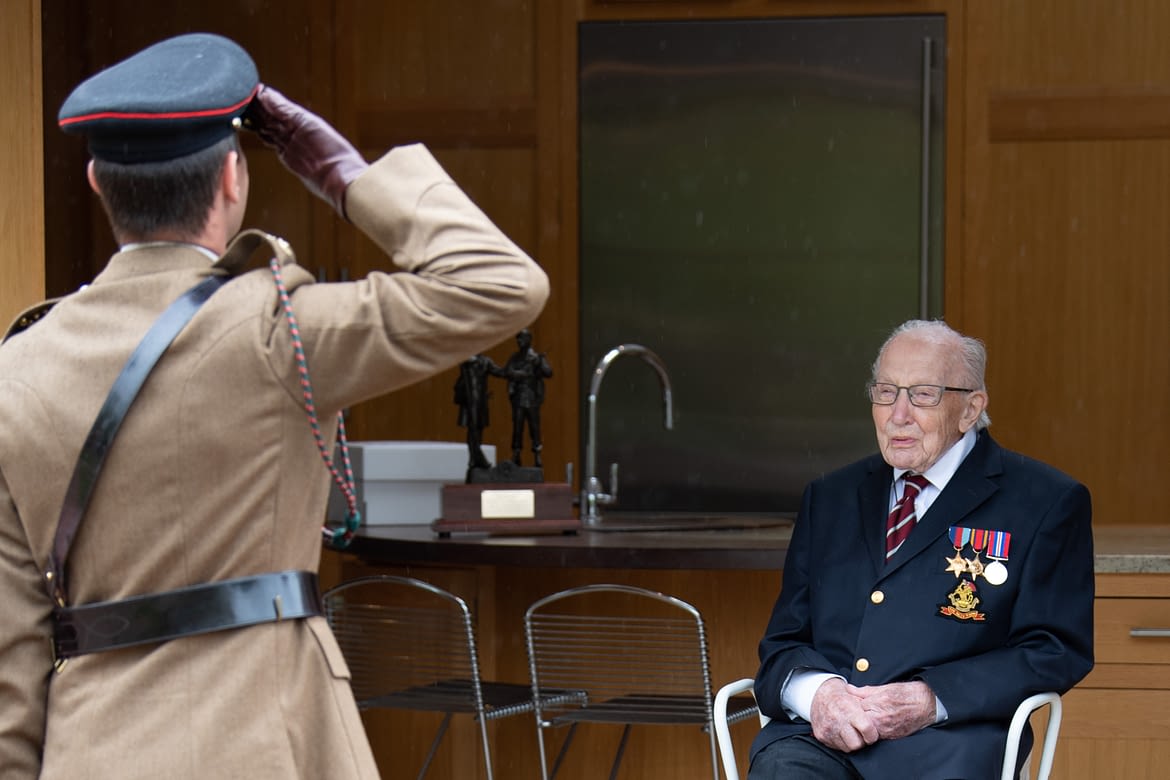 He has also been re-presented with his World War Two Defence Medal which he had lost.

Captain Moore has become a national hero after raising more than £30m for the NHS after they treated him for a broken hip.

The Chief of the General Staff said: “I’m delighted that Capt Tom Moore has agreed to be Honorary Colonel of AFC Harrogate where our youngest soldiers are trained & educated. He is an inspiration & role-model to generations and this deserved promotion is applauded across all ranks. Happy 100th Birthday Colonel Tom!”

Captain Tom also celebrated his 100th Birthday with an RAF flypast and a special message from the Prime Minister, Boris Johnson.

I want to wish @captaintommoore a very special 100th Birthday. Thank you on behalf of the whole country. pic.twitter.com/YqJxtHLCav