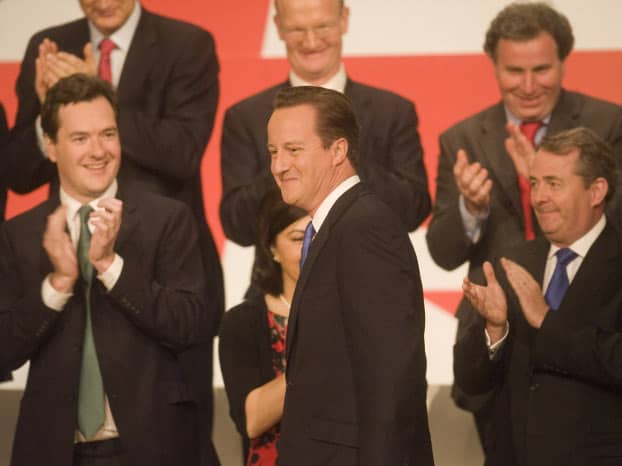 Prime Minister David Cameron is “running out of time” to change the Tories from their “posh, male and white” image, Conservative MP Dr Sarah Wollaston has warned.

Dr Wollaston warned in a tweet on Sunday that Cameron’s “inner circle still look[s] far too posh, male & white & Cameron is running out of time to fix that”.

@timmontgomerie@jgforsyth Inner circle still look far too posh, male & white & Cameron is running out of time to fix it

Writing later in the Daily Telegraph, Dr Wollaston threw down the gauntlet to the Prime Minister as she demanded that he tackle the problem before the local elections in May.

“If David Cameron wants to occupy the ‘common ground’ he needs to look at how his inner circle of ministers and advisers look from the outside.

“Do they look like modern Britain or still look too white, male and privileged? I don’t believe it matters to the public that their Prime Minister went to Eton.

“It does matter however if he in turn does not make an effort to surround himself with people who can bring a wider perspective.

“David Cameron is running out of time and has to address these issues before the May council elections.”

This comes after mounting criticism about the male-dominated nature of the Tory high command, with Conservative MP for Suffolk Coastal Dr Therese Coffey recently suggesting that an “unconscious bias” training would be needed to open up the higher echelons to female talent.

Has Angela Merkel proved women are now as powerful as men?

Are boardroom quotas for women patronising or positive?

Watch out men! The future of business “belongs to women”