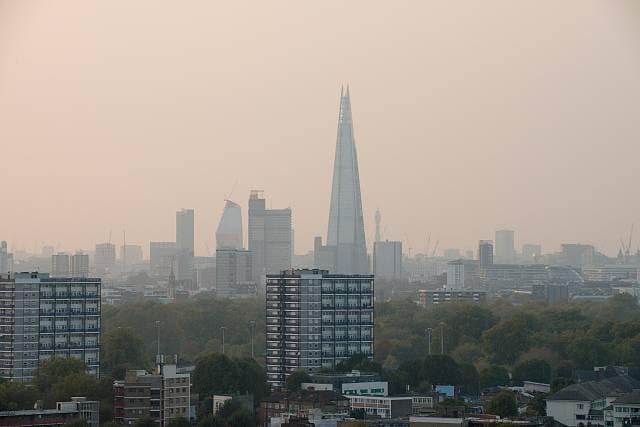 Businesses must be prepared ahead of London’s carbon-neutral deadline

Green campaigners responded positively when Sadiq Khan set out his goal for London to be carbon-neutral by 2050 in May last year.

But in the 12 months since, many other cities in the UK have put forward plans to achieve the same goal in a much shorter timeframe. Bristol declared a ‘climate emergency’ in November and the council unanimously backed a commitment to be carbon-neutral by 2030. Manchester also pledged that all energy used in the city would be zero-carbon by 2038.

As a result, there has been mounting pressure on the Mayor of London to up the ante and bring his 2050 deadline forward and, in December, the London Assembly passed a motion to do just that, confirming a new target of 2030. As part of the revised pledge, Khan highlighted that London would need a significant programme of investment and new powers in order to hit a 2030 target.

While this call from the Mayor was primarily aimed at putting more pressure on the government to act, public funding can only do so much. Part of London’s carbon reduction plan is likely to be legislative and regulatory change that either obligates or incentivises energy reduction among businesses and the wider public. These expectations are likely to increase further now that a nationwide 2050 deadline has been set for the UK to be carbon-neutral has been set.

With that in mind, businesses in London both big and small need to start exploring what they can do to reduce their carbon footprint now, if they haven’t already.

But this can be an especially daunting prospect for a small business. In a city where operational costs are already high, dedicating time and money to improving energy performance and investing in new energy technology might not seem like a priority. However, there are some cost-effective and easy-to-implement changes that can be made straight away to ensure they stay ahead of future carbon reduction requirements and can begin realising the business benefits sooner.

Gaining a better understanding of how energy is used within an organisation alongside a truer calculation of monthly expenditure will offer the first clues as to what room for improvement there is.

The best, and usually most affordable, way of achieving this is through smart metering. A smart meter is a gas or electricity meter that works by sending readings via a SIM card in the meter, just like a mobile phone. Once  connected, the energy provider regulalry recieves meter readings, making billing more accurate.

Over time, the billing information from smart meters can help businesses to more acurately forecast costs. For example, a business that has seasonal peaks in activity – retailers in the run-up to Christmas or gym owners in during the January detox – could start to map out what kind of spikes in energy will happen each year by using the previous year’s data as a model. This can then be factored into annual budgets and projections.

We have contracts with more than 3,000 SMEs in London to maintain heating systems. Two thirds of those businesses have boilers that are 12 or more years old. According to energy campaign group The Carbon Trust, 60 per cent of the total energy used in a commercial building is for heating and hot water. So, an outdated and inefficient boiler will be costing businesses money as well as increasing their overall carbon footprint unnecessarily.

The reticence to upgrade is normally down to fear of the upfront costs. But there are schemes out there to help.

Some energy providers will also offer finance options, many of which won’t require a deposit.

Green energy tariffs for businesses are becoming increasingly common and cost-effective for SMEs, and buying 100 percent renewable energy is a simple, effective and quick way of reducing a firm’s carbon footprint.

Such tariffs also enable SMEs to report zero grams of CO2 per kWh from purchased electricity, boosting green credentials which can be useful for marketing activity and contract bids.

Change is in the air

Lowering emissions has become a focal point of policy at both national and regional level. The government’s Clean Growth Strategy sets out clear aims for businesses to become cleaner and more efficient in their use of energy and many cities, including London, have set out their own, more ambitious plans.

We’re still waiting for a lot of the detail on how Sadiq Khan plans to hit his 2030 deadline, but there will likely be an expectation on businesses in London to do their bit in achieving this goal. Recognising this now and exploring what can be done to reduce carbon emissions will pre-empt any new requirements placed on firms in the capital and enable them to realise the many benefits of more efficient, sustainable energy use sooner.

London is losing out on hundreds of millions of pounds...