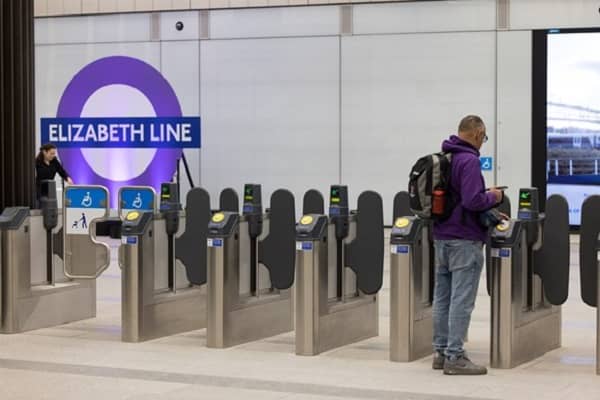 Six months on from the opening of the Elizabeth line, business groups and small businesses in and around the new stations are hailing its transformative effect.

Nearly 70 million journeys have been made on the new railway line since its official launch in May, with half of these made in the central section between Paddington and Woolwich.

Faster connections mean it’s easier and more affordable than ever for Londoners and visitors to make the most of what the capital’s businesses have to offer at a pivotal time as they continue to recover from the pandemic. Businesses and local representatives came together today at the historic Royal Academy to celebrate the huge boost to London that the line has provided in the six months since being opened by Her Majesty Queen Elizabeth II.

The latest ridership data shows that the Elizabeth line has been used nearly 70m times since opening, with around 600,000 journeys made on the line each day.

In a further boost to businesses, as of earlier this month direct Elizabeth line services now run from Reading, Heathrow and Shenfield into and out of central London. This means customers can travel east all the way to Abbey Wood without needing to change at Paddington mainline station and can travel west from Shenfield without changing at Liverpool Street mainline station, making journeys quicker and easier. Trains now run every three to four minutes between Paddington and Whitechapel.

Customers can also now use the Elizabeth line seven days a week following the start of regular Sunday services through central London. This is all the more important for businesses in the run up to the festive period, which is the busiest time for many retailers.

The final Elizabeth line station, Bond Street, opened a month ago, adding more capacity to the West End and supporting the area’s growth.

The Mayor of London, Sadiq Khan, said, “Delivering the transformational Elizabeth line has provided a massive boost to London’s businesses this year, crucial after the pandemic. This is helping us to continue building a better London for everyone – a city that is fairer, greener and more prosperous for all.

“Since it opened six months ago, millions have already travelled on the Elizabeth line and it’s already brought a huge range of benefits – encouraging people back on to public transport, helping them to make the most of the capital and supporting businesses right across our city.

“The benefits of the Elizabeth line expand far beyond London, as its helping to contribute £42bn to the UK economy and support businesses right across the country.”

Transport Secretary Mark Harper added, “In just six short months we’ve seen more than 60 million journeys along the Elizabeth line, driving growth not only within London but across the wider region.

“This incredible project, which Government invested over £9 billion into, has already created over 55,000 jobs and is expected to generate £42 billion for the entire UK economy, is a shining example of what we can do when working together.”

Russia launched hundreds of air strikes along with the ‘fiercest...

Mixed response from UK public to the Autumn Statement as...

US deploys supersonic bombers after North Korea warns to react...

Sunak arrives in Kyiv and the UK will provide anti-aircraft...

Russia prepares miles of trenches and ‘fortification work’ in Crimea...

Russians seen fleeing Crimea as there is ‘panic and fear’...

OECD GDP growth still sluggish at 0.4% in the third quarter of 2022

Gross domestic product (GDP) in the OECD rose by 0.4% quarter-on-quarter in the third …