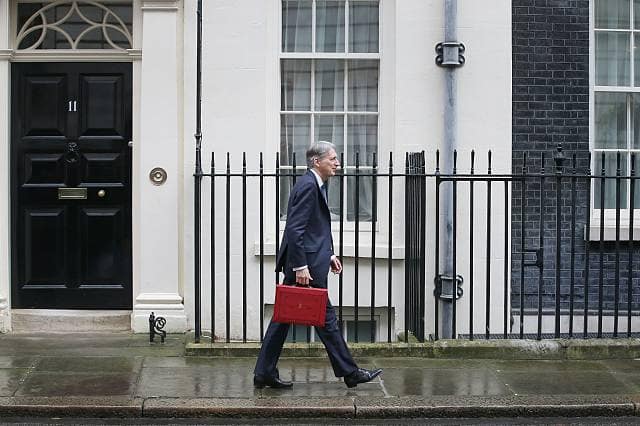 Business as usual? Budget perspectives from the hospitality industry

Whilst yesterday’s Budget couldn’t be described as a statement full of surprises, it gave a clear indication of the direction in which the Government wants to take the nation in a post-Brexit landscape. Emphasis was placed on education, technology infrastructure and the industrial strategy.

By far the most controversial aspect was the intention to raise National Insurance for self-employed people, demonstrating that this incarnation of the Conservative Party is seeking to downplay the entrepreneurial and innovative rhetoric which characterised so much of the economic vision of the Cameron years.

We’ve heard the reaction from a number of different sectors over the last day or so, and we are always interested to hear the perspective of some of the country’s niche sectors.

Andrew White, Managing Director, Triggerfish Communications
“The event sector in particular is made up of many, many freelancers who are self-employed. The Budget’s increase in National Insurance has done nothing to benefit this huge workforce. From a wider perspective, it sends out completely the wrong message to entrepreneurs and innovators who are often financially insecure in the early-stages of their business. This move, by the Government, will make the playing field much harder.
“Whilst the Chancellor was at pains to downplay the impact of the recent business rates announcement by the Secretary of State for Communities and Local Government, it will be a major (and unavoidable) issue for everyone involved in the London hospitality sector, from hotels, cafes and venues to stadia in 2017 and beyond.”

“The budget has come and gone, with no seismic revelations or really any new announcements of profound effect. What is noticeable is that the recent rhetoric about the importance of business and entrepreneurs driving the country forward has been toned down, if not removed completely. This was especially noticeable with merely lip service being paid to the impact of business rates on physical businesses up and down the country, but especially in London, which is going to have a substantial effect on the changing industry landscape.

“The net effect we will see is a massive increase in tax that will provide no benefit to business, apart from posing a new challenge. It will simply see companies having to factor yet more costs during these uncertain times.”

Jonathan Read, Commercial Director, Tobacco Dock
“It is disappointing and, in my opinion, short-sighted for the Chancellor to penalise the 4.8M self-employed members of the UK workforce with increased Class 4 NIC over the next to tax years. These individuals make a massive contribution to the economy often entirely at their own risk and deserve to be supported.

“The reduction of the dividend allowance from £5000 to £2000 per shareholder from April 2018 is also a slap in the face for entrepreneurs who are the engine room of the economy. One positive is that Mr Hammond hasn’t reneged on the promise of a reduction in Corporation Tax from 20% to 19% from 1st April 2017 and there is still the intent to reduce it to 17% by 2020; we’ll see, the Government is no stranger to U-turns.

“Lastly, the widespread concern over business rates seems to have been acknowledged and let’s hope that the measures are enough not to stop growth in the hospitality sector, which is suffering enough doubts over freedom of labour movement in Europe, which it relies on so much.”

Andrew Needham, CEO & Founder, HeadBox
“Although the £270 million investment in technology is of course welcomed by us and the wider tech community, it isn’t much in the grand scheme of things or in comparison to our neighbours across the pond. Yes, the announcement from the Chancellor yesterday is a step in the right direction and shows it’s significance is being recognised as it should. After all the tech sector is a key contributor to the UK economy and, arguably, one of the UK’s most important industries. We now need the government to continue supporting us and position tech as a key focus area of growth for the nation to ensure we stay ahead of the curve and remain at the forefront of this field.”

Tim Stevens, Managing Director, Eventist Group
“It’s fantastic that the chancellor left any duty on alcohol untouched. We are already facing increases in food costs and as the UK’s largest Christmas party organiser this is a large cost to bear! This comes as welcome news and means we can keep delivering great experience to our customers without having to look at ticket prices.

“Looking at it from a wider perspective, I was interested to read about the intention to introduce T-levels (technical qualifications) into the education mix. Working in an industry (hospitality) which requires a lot of on-the-job experience to succeed, it’s great to see the Government looking beyond traditional academic qualifications and placing much needed focus on practical skills which offer more value in the long-term to employers in our sector.”

Do you have a view on the 2017 Budget Statement? If so we would like to hear your take on it. Please contact our editorial team with your thoughts at [email protected]