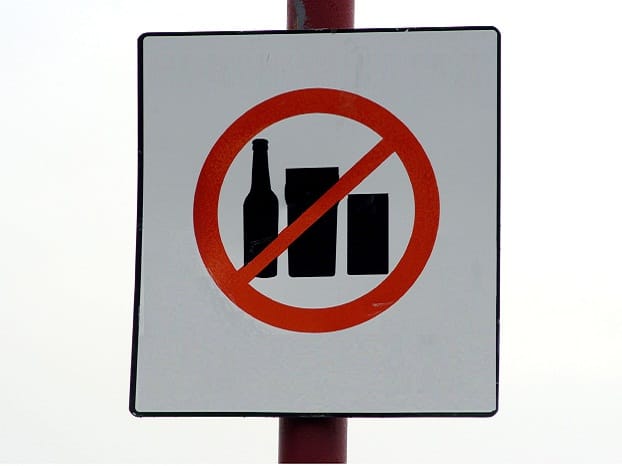 Brown's beer: Why I don't subscribe to anti-alcohol hysteria this January

Our male-about-ale Pete Brown slams the campaign against alcohol

Ever since we’ve been able to make tools and use language, we’ve understood that the year is cyclical. Behaviour that’s acceptable at one time of year is considered wrong at another. Throughout the history of civilisation – any civilisation – we keep a lid on some of our desires and urges so that we can get on with each other without things descending into anarchy. And in every civilisation, there’s always a pressure valve that allows us – within a confined space and time – to cut ourselves loose, to party. Whether that’s Mardi Gras, Mexican Day of the Dead or the Glastonbury Festival.

In ancient times, winter festivals such as the Roman saturnalia featured the appointment of the Lord of Misrule, where a lowly person or even a fool would be proclaimed king for the festive period and everyone had to follow his commands, leading to tales of nobles behaving like animals, excessive eating and drinking and wanton fornication. Once the feast was over, to show appropriate penance for whatever we had got up to and to symbolise that the period of misrule was over, the Lord of Misrule would be sacrificed to the gods.

In today’s equivalent, we go to an office party, wear a Santa hat, have a few too many and attempt to get off with the person we fancy in accounts. We eat too much and fall asleep on Christmas Day, and then we make some New Year’s resolutions and maybe have a Dry January.

Seems a bit tame really, compared to what our ancestors got up to.

And yet, our behaviour on both sides of New Year’s Day is now being attacked more aggressively than at any time in the last century.

The run-up to Christmas was dominated by news reports and headlines warning us of the dangers of drinking too much over the festive period. At least one campaign got into hot water by warning women not to get drunk if they didn’t want to get raped, implying to some that rape was a woman’s responsibility. (There was no campaign warning men not to get drunk in case it made them feeling like raping someone. I’d have been offended if there had – so I think I understand how women feel about the campaign that did run.)

Another news story centred on new research that revealed the shocking news that many people have their first drink on Christmas Day as early as 11am. The reasons given for this were the stress caused by being with your family and trying to get dinner on, or the sadness of being lonely. I suspect that respondents were not given the option of replying, “BECAUSE IT’S CHRISTMAS! You don’t think I’d behave like that on a normal day, do you?”

These scare stories are invariably signed off with the solemn warning that one in four Brits regularly drinks alcohol to ‘hazardous’ levels. That sounds terrifying. But what they don’t tell you is what the definition of a ‘hazardous drinker’ is.

‘Well, it’s someone who drinks above the recommended daily guidelines,’ they might offer if pressed.

And how much do you have to drink to exceed the recommended daily guidelines?

‘Two pints of beer for men, or a pint and a half or one large glass of wine for women.’

And how often do you need to do this in order for it to become hazardous?

‘Any one day in the last week.’

That’s right: if you’ve had one large glass of wine or a second pint of beer on just one day at any point in the last week, you are a hazardous drinker.

Doesn’t quite sound so scary that 25% of us are drinking to those levels now, does it?

As always, while demonising perfectly moderate drinkers, such anti-alcohol hysteria on the part of people who really should know better misinforms the national debate on alcohol use. It distorts the true risk, given that study after study shows moderate drinkers enjoy longer life and better health than both heavy drinkers and teetotallers, and does absolutely nothing to help those who really have a problem.

But this is nothing compare to the nonsense that gets trotted out in January to hit us while we are down, to make us feel really guilty about having enjoyed ourselves just as our hangovers are receding and we’re putting our sensible heads back on.

There have been a lot of headlines in the last week or so about Dry January. Like Movember or Trick or Treat, taking January off the booze is something that many of us (me included) have been doing for years, but seems recently to have become ‘a thing’, using social media to go viral.

This year some anti-alcohol groups have mounted campaigns to convince us all that we should give up alcohol for January.

While some groups urge us to embark on a ‘Dryathlon’, seeking sponsorship to raise money for charity, others tell us that if we feel the need to abstain for January then that proves we’re alcoholics. One quite brilliantly warped article  recently tried to argue that the rise of Dry January was proof of growing alcohol abuse. Hmm… I’d have said that more people getting mindlessly drunk in January would be proof of growing alcohol abuse. More people not drinking in January is proof of more people cutting down. Concern over drinking is not the same as drinking increasing. If the author had bothered to gather any facts before writing the piece, she would have seen that alcohol consumption is in long-term decline, while awareness of units and recommended guidelines is increasing, as is the number of people saying they wish to drink less to improve their health.

In the middle of all this, doctors and campaigners decided to capitalise on dry sentiment by damning the government for consulting with the alcohol industry before shelving plans for minimum pricing, proving that on this issue, business interests are being put before national health.

To compensate for this, newspapers reported anti-alcohol campaigner Sir Ian Gilmore’s views without talking to anyone from the alcohol industry. If they had done so, they would have discovered that the industry was deeply divided on the issue of minimum pricing, and that several of the groups slammed by the BMA for persuading the government to drop minimum pricing were in fact lobbying in favour if it.  Still, never let the facts get in the way of a good conspiracy eh?

Most of us drink alcohol because it relaxes us, makes us feel more confident, eases social situations and makes us believe that we and those around us are funnier, sexier and more interesting. We have done so since the Stone Age. And yet, as a society, we seem to be trying to convince ourselves that this is a bad thing.

The campaign against alcohol is incoherent, contradictory, and often misleading if not downright dishonest. Of course there are some people whose lives are being ruined by alcohol. Alcohol, like fire, is an incredible gift to humanity and a cornerstone of our civilisation. But treated carelessly or without respect it can cause devastating damage. We behave cautiously and intelligently around fire and don’t try to score political points with it (that is, until Boris started shutting down fire stations). It’s impossible for us to have a grown-up, sensible conversation about the real issues around alcohol when it is those who are against it who behave like they’ve had a few too many.

Pete Brown is the author of
the newly published Shakespeare’s Local, an amusing romp through six centuries of history through the George Inn near London Bridge, watering hole to Chaucer, Dickens and the Swan of Avon. It is currently Radio 4’s book of the week. Pete is also celebrating being crowned Beer Writer of the Year for a second time.

Brown’s beer: You should drink beer with your food and not win