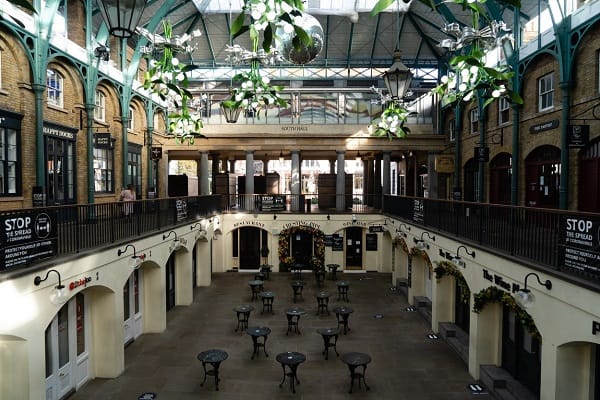 Brits reluctant to return to life as normal post Covid

Two thirds (63 per cent) of Brits say COVID-19 has changed their behavior forever, admitting that there are things they will never do again following the pandemic.

Confidence in returning to pre-pandemic routines has declined sharply since last summer, as the second and current national lockdowns have cemented anxieties about air quality and health issues in the long term.

Research conducted amongst 2,000 UK adults in February found that one in five (19 per cent) of those polled went as far to say that they will refuse to return to ‘normal life’ unless robust public health measures are introduced.

The study, completed by So Pure Air which provides state-of-the-art air sterilizers that kill up to 99.7% of bacteria and airborne viruses – highlighted concerns held by members of the public.

It found that overcrowding in public places, increased face-to-face contact with strangers or those outside social bubbles, and extended periods of time in enclosed spaces are among the reasons why Brits are reluctant to return to “life as normal” when lockdown restrictions are eased.

Only 15 per cent said they would feel completely at ease taking public transport when lockdown is lifted.

Four in five (80 per cent) said they wouldn’t feel comfortable in a pub or bar, with 72 per cent claiming they would no longer feel relaxed in a restaurant or café. Almost two thirds (61 per cent) even admitted that they wouldn’t be happy spending time in a friend’s house.

Released after data revealed a significant number of COVID-19 outbreaks occurred in offices during the first two weeks of the current lockdown in England, the poll showed that almost half (44 per cent) are reluctant to return to their office.

Meanwhile, just one in ten (13 per cent) would be happy to go to a theatre or cinema, and only 18 per cent to a museum or art gallery. 70 per cent said they will not feel comfortable returning to high-street shops and supermarkets either.

These concerns can be linked to improved public awareness and understanding of perceived air quality in indoor settings since the start of the pandemic.For indoor spaces, the favoured health and safety measures included open-window policies to aid air flow (42 per cent), permanent social-distancing regulations (38 per cent) and compulsory mask-wearing (37 per cent).

The mandatory installation of air sterilization systems in the workplace and on public transport (61 per cent), and in pubs and bars (59 per cent) also proved popular, as three quarters of those polled going as far to say that rating systems – similar to the ones used for food hygiene – should be introduced for air quality in indoor spaces.

The research comes as evidence suggests that the vast majority of COVID-19 infections happen indoors, and as experts highlight the lack of understanding around how aerosols – microscopic particles emitted from mouths that unlike droplets, float mid-air until they’re blown away – impact the transmission of airborne viruses.

Stephen Slater, Managing Director at So Pure Air said, “We’ve been living with the pandemic and the new societal norms that came with it for so long now that it’s no surprise some of us feel a little uneasy about picking up where we left off and returning to life as we once knew it.

“As restrictions are lifted and we ease our way back into our day-to-day routines, it’s clear that that the majority of people won’t feel completely at ease until measures that are proven to either reduce the prevalence of germs in the air, or prevent the spread of them from person-to-person are introduced.

“It’s widely understood that transmissions of viruses – including COVID-19 – occur more often indoors, and scientific experts have highlighted the lack of understanding around how aerosols (microscopic particles emitted from mouths that unlike droplets, float mid-air until they’re blown away) impact the transmission of airborne viruses, meaning that this should be a priority for us all as we come out of the pandemic – whether that’s via open-window policies, mandatory mask wearing or the compulsory introduction of technology that purifies air within enclosed spaces.”

According to the EPA (Environmental Protection Agency), levels of indoor air pollutants can be two to five times higher than outdoors[3]. Good ventilation can help reduce the risk of spreading COVID-19, and local air cleaning and filtration units can be used to reduce airborne transmission where it isn’t possible to maintain adequate ventilation. Air filtration systems, including those developed by So Pure Air, use medical grade technology with three-stage air filtration, purification and sterilisation processes that trap and destroy up to 99.7% of bacteria and airborne viruses.