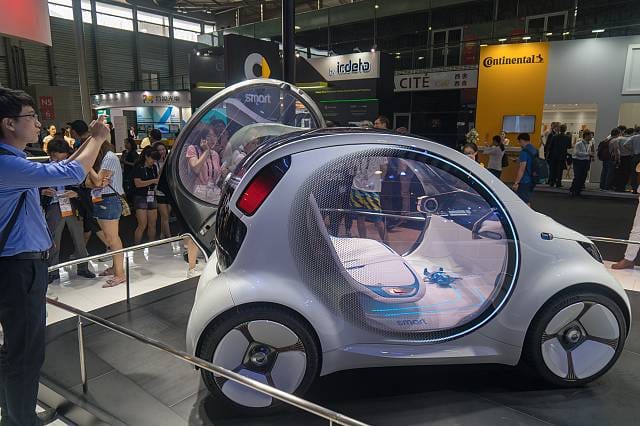 Britons lag behind rest of world in support for driverless cars

British people are the least supportive nation in their attitude towards driverless cars, or indeed any form of autonomous vehicle (AV), according to a study across six territories (United Kingdom, United States, Australia, China, Singapore and Hong Kong).

The new report, published today by global law firm Kennedys is one of the largest on this topic and the first to explore public support for all autonomous vehicles; not just driverless cars. The study, The future of transport: A brave new world? polled over 6,000 people as well as gaining insights from key industry leaders across the globe.

The main reason for UK public concern is safety (67%), with respondents specifically placing trust in human judgement over computers (63%). Other reasons include fear of hackers (56%) and insurers increasing the cost of car insurance (45%) following widespread adoption.

Furthermore, the UK lags behind the rest of the world in its understanding of autonomous vehicles. Though 60% of survey respondents register a ‘high level of understanding’ of the benefits and social implications, this is comparatively low when measured against understanding in Singapore (74%) and China (68%) in particular. Lack of public understanding is a key factor in undermining public support, a point which UK policymakers will need to address.

In the UK, the survey showed that people are particularly attached to motoring, 48% of people who say they don’t fully support autonomous vehicles also say that they ‘enjoy driving and don’t want computers doing it for me’.

The UK’s attachment to the status quo means Britons are far less able to imagine a fundamentally different future of transport for the UK. Only one in three (36%) of Britons agree that by 2039 our roads will have a fully functioning autonomous vehicle network in place. In territories with less of a history of car ownership, agreement levels are far higher, as high as 75% in China.

Surprisingly, only 31% of British people say they are comfortable with the idea of autonomous trains. This is despite widespread use of such technology since the 1960s in the form of the Victoria Line on London Underground, which opened in 1967, and the London Docklands Light Railway (DLR), introduced in 1987, as well as light rail systems such as the shuttle service between terminals at London’s Gatwick Airport, which opened in the same year. Meanwhile in China, nearly double the respondents support autonomous trains (59%).

Richard West, Head of Liability and Innovation at Kennedys said, “The UK public clearly has stronger reservations about the adoption of autonomous vehicles compared to the rest of the world. In China, Hong Kong and Singapore, vehicle automation is already broadly accepted and supported, while the UK public’s support is far more limited, which could act as a barrier to us harnessing the widespread benefits of this technology.

“The UK government has already demonstrated its appetite for broader implementation of this technology in developing a legislative framework to speed up its introduction. The obstacles to overcome are in the UK public’s perception.

“Despite clear public acknowledgement of the fundamental changes taking place on our roads and transit routes in the UK, public acceptance of widespread AV technology, particularly in its most advanced form with driverless ‘pod’ vehicles, is far from guaranteed.

“The psychological barrier to introducing ‘ghost’ vehicles on our roads, railway and airports has not yet been adequately addressed and there is a pressing need for greater public information and education.”

Deborah Newberry, Head of Corporate and Public Affairs at Kennedys added, “We must also acknowledge that alongside the many possible benefits – efficiency and lower emissions, public safety and greater social inclusion – there are a range of emerging risks for businesses and end-users.

“In an environment where vehicles are increasingly driven by data and technology, rather than by people, there needs to be a clear call-to-action on governments across the world to create modern legal frameworks that provide appropriate protocols on the behaviours of vehicle technology.

“Those laws also need to address the storage, usage and sharing of the masses of data which will be collected by the next generation of autonomous vehicles. This will require a collaborative approach across government, motor manufacturers, software developers, insurers, law enforcement agencies and consumer groups.”

Rolls-Royce cheers a ‘momentous year’ for the first time in...