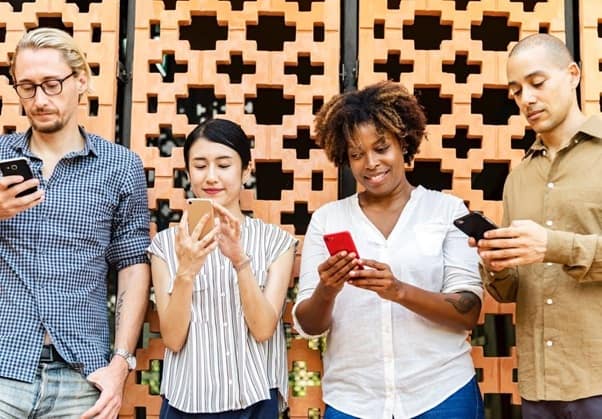 When most people hear the word “bingo”, they most likely picture a bunch of seniors in a retirement home.

Although bingo is still popular among the older generations, the truth is it is even bigger business online. In Britain, online bingo is one of the biggest segments of the online gambling industry. In the US, online bingo is currently only legal in Nevada, New Jersey and Delaware, but other states are set to follow. If the latest trends out of the UK are any indication, online bingo in the US will one day be a big hit.

As https://nypost.com/ has reported, retired seniors are increasingly turning to bingo and pot for recreation. These seniors tend to play in physical locations, but as more US states permit online bingo – younger players are likely to jump on board too.

The average online bingo player is a female aged around 40

Britain has had about a two-decade headstart on the United States when it comes to online bingo. The 2018 WhichBingo Player Survey from https://www.whichbingo.co.uk/ points to some interesting trends in the online bingo industry.

The most interesting trend is age. While bingo halls tend to be the domain of seniors, online bingo rooms are actually filled with younger generations – most of them female. According to the WhichBingo survey, 88% of online bingo players in Britain are female. The 45-54 age group accounts for 30% of all online bingo players, followed by 35-44 with 24%, and 55-64 with 21%. Interestingly, more people aged 18-34 (17%) play online bingo than people aged 65+ (8%).

Another interesting observation from the latest WhichBingo Player Survey is that the industry is growing and consolidating at the same time. In 2018, the survey discovered that fewer players were opening accounts at multiple sites than in previous years. More than half of all players (57%) said they had active accounts with fewer than five brands, while 10% reported being a member of just a single bingo site. In past surveys, higher percentages of players reported having accounts at multiple sites.

At the same time, the 2018 survey suggests players are depositing more on average than they did in the past. In 2018, the number of players who said they deposit more than £50 per month increased from 28% to 45%. Almost half (49%) of players said they deposited the most money on bingo, while 45% said slots, 3% other casino games, and 3% scratch games or instant games.

Most of that growth has occurred in places like the UK where liberalized gambling regimes have enabled the creation of hundreds of online bingo sites. Just like any other industry, as the British online bingo industry has matured, it has gone through a period of consolidation where the bigger websites capture the lion’s share of the market and the most loyal customers spend increasingly higher amounts on the product.

There’s no reason to believe the US online bingo market will be any different. As online bingo opens up in the US, operators can expect to attract young players to the game. The operators that offer the best product will earn themselves the biggest chunks of a potentially multi-billion-dollar market.