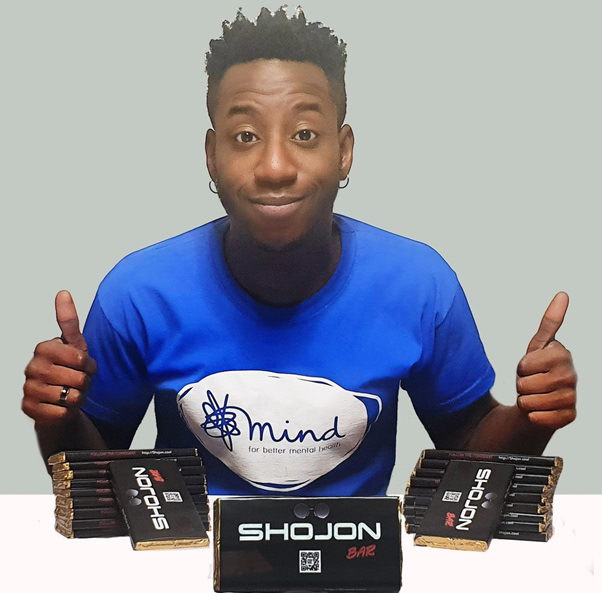 John the esteemed Greenwich creative, founder of That SP Studios (AV Production), and Aftersessions (British music outlet) is renowned in the royal borough for his altruistic work in the fields of art and culture. Through the media studio, John’s skillset and willing to make a difference he partnered with local organisations with similar goals which saw his involvement in an array of community projects, presenting opportunities to make real change. A co-managed “Music Business and Performance” workshop with In2Music program by Greenwich & Lewisham’s Young Peoples Theatre (Renamed “Tramshed”) funded by Youth Music, the launch of RTM FM Radio with Thamesmead Arts and Culture Office (TACO) and visual art piece ‘This is Thamesmead: 47 years On Film’ commissioned by Peabody for the Thamesmead Arts Festival 2015 to mention a few.

The company’s ethos to ‘Stimulate the Avant-Garde whilst nurturing the ardent rings true and saw That SP Studios rise to prominence, along with many music artists and media creatives that were able to form notable careers, brands and influence from the studios resource of which built the studios audio recording catalogue of over 13,000 works in addition to 100s of its visual productions accumulating millions of views on YouTube. Shojon has demonstrated throughout his career a compassionate nature, continually highlighting issues and pushing for change on the matters close to him and his peers.

After battles with mental health in earlier years, John recognised his mental health beginning to decline in the initial weeks of the UK’s National lockdown 2020 and sought out ways to maintain good health and overcome the anxieties many faced globally at the time.

John advocating for mental health volunteering through Mind and Rethink’s initiative ‘Time to Change’ (TTC), aimed at changing the stigmas and discrimination about mental illness. Funded by the Department of Health & Social Care, Comic Relief, and the National Lottery Community Fund.

Since 2006, TTC has helped 5.4 million people living with mental health problems. Research has shown the willingness to live, work, and continue a relationship with those experiencing mental health issues has increased by 11.6 percent. After 15 years the government announced they can no longer fund the program and as a result the TTC Campaign will close on 31st March 2021.

Shownmi, at the time was building his creative identity ‘Shojon’ composing solo debut EP ‘Greenwich Views’ which expresses his journey with mental health. He said, “Mental health awareness has always been important, yet not highlighted, understood or funded efficiently, as more government restrictions are put in place and strains on the country’s economy thereof, it’s likely to get worse. Everyone’s looking for ways to relieve the stress. And for me music and chocolate have really helped. Now, I want to use my love of both to help others.”

Shojon found that chocolate helped him keep his mind focused on completing tasks and being creative.

“I was working on finishing the EP but kept thinking, there’s no point, tours cancelled and every news outlets making it seem like humanity is cancelled too! Chocolate had always given me joy and I used it to reward myself with completing tasks which allowed me to maintain focus and finish the project. I was then drawn toward chocolate as a means of highlighting mental health matters, at the same time giving a little joy back” Said John.

Upon researching into the effects of chocolate on the mind John discovered Phenylethylamine (PEA) is a compound found in chocolate that is thought to produce positive effects on mood. Studies have demonstrated PEA’s effectiveness in addressing both depression and ADHD.

“I had that lightbulb moment, where I connected experience, research and creativity, that then led me to the fundraising idea Chocolate For The Mind“.

This limited run of Shojon Bar is a 50g high quality milk chocolate bar containing cocoa solids, alcohol free and suitable for vegetarians manufactured by the Chocolate Trading Company. The packaging designed by Shojon features the in aid of mind logo as well information on the campaign, with a black and white design and gold foil lining.

Shojon’s Chocolate for the Mind fundraiser made a total of £1701.25 (inc gift aid) exceeding initial £1500 goal, his efforts were supported by fellow musicians Gullypabs, Ziey Kizzy and Kid Bookie, using their influence to raise the profile on social media.

Here’s what a few of the donors had to say

Nathan Edwards said, “I personally think not enough is being done for a lot of people’s mental health during these troubling times, and I’m glad to see people stepping up and doing what they can and using their platform to speak up for those who can’t. Peace and love.”

Georgette said, “It is great to see money being raised towards a cause for mental health, as it is very much on the rise. Being in emergency services I have first-hand experience with supporting people with mental health problems. To learn that funding has been cut is ludicrous as there is currently already a lack of support and resources for somebody experiencing problems.”

John using his new music platform to promote mental health matters, whilst raising financial aid for the mind charity has achieved great results adding to his portfolio of philanthropy.

For additional information on the campaign and forthcoming Greenwich Views EP, you can visit Shojon’s Chocolate for the Mind page here.