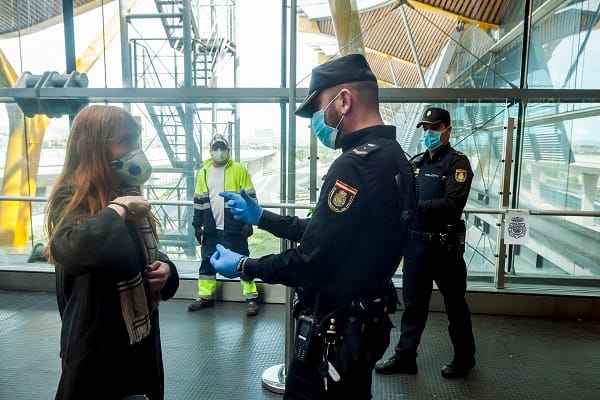 Hundreds of thousands of British expats who live in the EU are facing post-Brexit bureaucratic hell as the withdrawal agreement which has assurances for Brits is being ignored.

British expats are losing jobs and are facing problems getting access to them, healthcare, university places and bank accounts are being denied.

British expats who live in Italy, France, Portugal and Spain have all complained their lives are being made a living hell by overzealous and heavy-handed local authorities.

Officials are ignoring the legal rights of British expats over the application of the legislation held within the post-Brexit withdrawal agreement or perhaps they are not aware of the rules, campaigners are fearing.

Local authorities IT systems have not been updated to the new changes in some cases leading to excruciating long delays in processing new residency documents for expats.

Jeremy Morgan who is a former QC and a member of the campaign group British in Italy said, “Italy is keen to be on our side but is being slow to fix things.

“We are often treated like third-country migrants from outside the EU and are asked for the number of the permesso di soggiorno document residency permit which those immigrants have.

“The problem is that we did not need to have that document when the UK was in the EU and now we can’t get it because of the withdrawal agreement.”

Morgan who retired to Umbria, warned that due to the lack of paperwork, some fellow expats had been unable to buy a house and have had national health cards renewal applications rejected.

Morgan added, “People have been stopped by police who demand to see their permesso di soggiorno, which they don’t have.

“A British man in Puglia was told by an employer that his contract could not be renewed because the labour ministry’s computer would not accept his application without a document number.

“The British embassy has been working with the Italian government to increase awareness of our rights but it has been slow going.”

In December the Italian government launched a non-compulsory identity card called a carta di soggiorno, which is used for transactions, but they will not be ready until August.

“The interior minister must ensure agreements made with the UK are respected so as to prevent these people from having to pay for Brexit a second time.”

British expats who live in Portugal are also facing similar issues as a source told the MailOnline that in 2020 Brits were allowed to apply for residency permits if they held an EU passport under the Brexit withdrawal agreement.

However, many British expats are still waiting for their permits and the Portuguese government have not yet sent them out.

A Portuguese official said the government has thus far provided no information over who will issue the documents and when.

Expats living in Portugal are left in limbo and are being forced to apply using visa routes which are for non-EU passport holders, which has created more confusion and left Brits stranded, the source added.

An estimated 148,000 Brits who live in France have been refused jobs, healthcare and university placements due to bureaucratic hold-ups.

Before Brexit British expats would just show their passport and be waved on by police, now they must produce a residency permit or apply for French citizenship, and many are still waiting for their documents, said Brian Jones of Brexpats Hear our Voice.

Clarissa Killwick, from the campaign group, said the combination of a short post-Brexit transition along with the Covid pandemic has led to “all manner of bureaucratic procedures being hampered right across the board.”

She added, “There was little time to adapt, train staff or pilot anything new. Covid-19 restrictions have meant closures and restricted access to administrative offices, and we certainly have some vulnerable members who are unwilling to leave their homes.

“Yes, each member state has implementation obligations under the withdrawal agreement but this has come at a time of unprecedented difficulty.

“The current problems should not be permitted to mask the fact that our rights are diminished under the withdrawal agreement and the UK government did not deliver on its repeated promise that we could carry on our lives as before.”

Spain has also been fraught with issues as thousands of British expats could be kicked out of the country, whilst many are being refused entry.

Under the post-Brexit regulations British expats must register for residency by the 31 March deadline or they will be classed as illegal immigrants.

Within the next few weeks Spanish officials will start deporting Brits with the first round of deportations will see around 500 UK citizens to be thrown out.

Thousands of Brits who were oblivious to the new residency changes in the new year are now exposed and are unprotected.

Under the Brexit withdrawal agreements British expats must prove that they lived in Spain legally prior to 31 December 2020.

Potentially thousands of Brits will be left without healthcare and rights, and could be trapped under the strict Covid travel restrictions as Europe is entering a third wave.