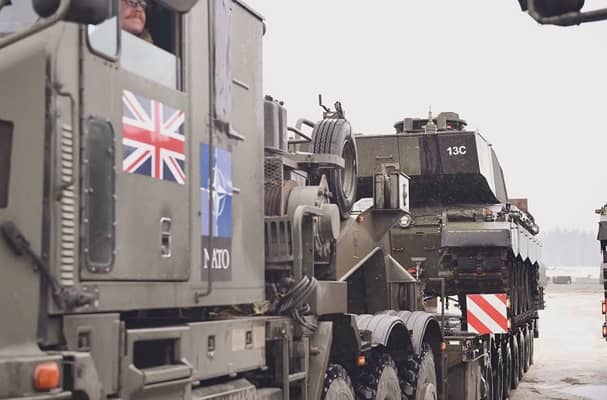 Russia are threatening the security in Europe and the UK’s armed forces could be deployed to “go in and lick Russia out of Ukraine.”

Nicholas Drummond who is a defence industry analyst and consultant who specialisis in land warfare said what is the best way to stop the war in Ukraine and “handle Russia.”

Drummond warned that action could now be needed by other countries to end the war in Ukraine as it has now entered the fourth month and has created a global economic nightmare for millions.

Drummond who is a former army officer told the Express, “The question is how do we handle Russia?

“We may decide to go in and kick Russia out of Ukraine.

“But what happens then, would Russia start a conflict with the West?

“Would Putin launch a nuclear weapon? probably not.”

However defence analyst said he does not believe Russia would use nuclear weapons but he did warn, if the Kremlin were to, then “Russia would cease to exist.”

He was asked how could the war in Ukraine end, Drummond suggested another superpower could help out such as China as they are the “answer to solving the problem.”

Drummons said, “France and Germany have tried to broker talks, but since supplying Ukraine with weapons, they now have a biased position to handle diplomatic talks.

“The same applies to Turkey which has provided Ukraine with drones.

“The answer to solving the problem lies with China.”

He added, “China potentially has the most to lose if Russia uses a nuclear weapon.

“The impact on the global economy should a nuclear weapon be used would deeply impact China more than any other nation.

“I am not sure China would take too kindly to Russia using a nuclear weapon for this reason.”