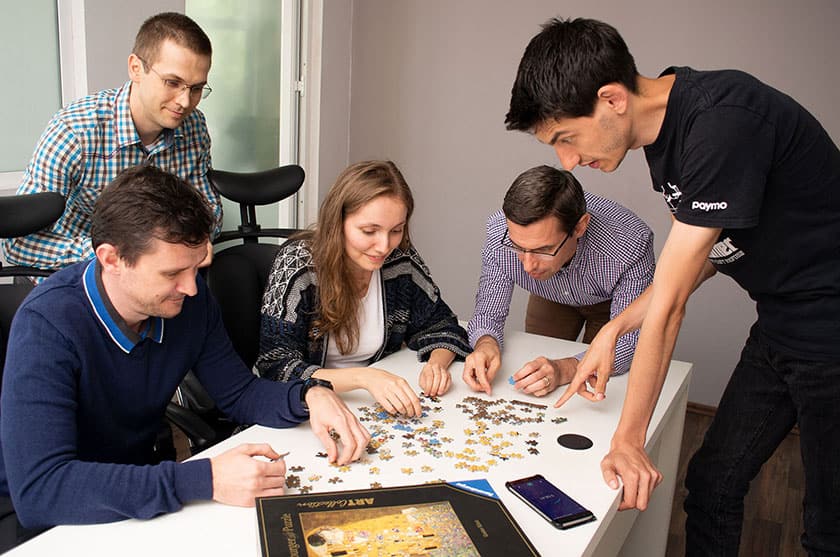 Brainstorming techniques that require a different type of brainpower

How many times have you walked out of a brainstorming session feeling like you’re walking on air? Like you’ve just solved the problem you went in there to tackle and then you took it three steps further and answered every question that could possibly come up at a later stage? Really, be honest with yourself, how many times have you felt that way?

And now, try to count the number of times you’ve walked out of a brainstorming session feeling physically and mentally drained? Like all you did in that meeting was raise more questions and create more problems?

It’s highly likely that you’ve experienced the latter far more times than the former. And if that’s not the case, you’ve clearly hacked brainstorming and don’t need to read on. However, if you’re tired of feeling frustrated and confused after a brainstorm, then you might want to check out these three brainstorming techniques that won’t end up wasting the precious time you set aside in the offsite meeting space you rented to come together with all your best people to come up with goals, action points, and solutions.

Brainwriting is an exceptional way to ensure that each and every person in the room has the opportunity to come up with ideas. It takes away the dread that comes with raising a hand in a room where there may be people with far more years of experience or a higher status at the business. During the brainwriting process, each person will be supplied with a piece of paper and urged to jot down any ideas that they have regarding the problem posed. Everyone in the room is involved and nobody is exempt from coming up with ideas.

The aim of brainwriting isn’t to come up with a winning idea straight away, instead, it’s about coming up with as many varied ideas and solutions as possible. Without anybody speaking through the first part of the meeting, there can be no initial anchoring bias. In a traditional brainstorming session, anchoring bias can result in more weight being given to ideas brought up first and all subsequent ideas may either be linked to the first ideas or unjustly compared to them.

This may seem a little strange at first, but coming up with ideas while pretending to be someone other than yourself can help come up with some interesting ideas. For example, how would Mick Jagger or a famous television character like Lord Tyrion Lannister from GoT try to solve the problem of reaching a new target audience for your product? By trying to approach a problem from the perspective of someone else, someone who has had completely different experiences to yourself or even exists in an entirely different world, you’re forced to look at things without your own preconceived ideas.

If everyone in the meeting chooses a character to play, you’ll find that people won’t be hiding behind any insecurities they may have regarding their rank or experience. It won’t be a junior designer arguing with the CEO about the new name of a website, but rather the character they are playing. It encourages interaction that isn’t limited to their job role, title or experience. Of course, try to keep the characters far removed from who you are. A Creative Director playing the part of Don Draper is neither original nor productive. But if someone wants to play the part of a black-cab driver stuck in peak traffic in central London, that’s perfectly acceptable.

At the start of your brainstorming session, tell people you don’t want to hear any good ideas. In fact, announce that you are looking for the worst possible idea. Make a competition out of it where people are given points for how terrible their ideas are. Sure, this may seem like the opposite of a productive brainstorm, but it’s a great way to get people outside of their comfort zones and pitching ideas at a rapid rate. The worse the idea, the better response the person receives.

If you do this for a good 10 minutes at the beginning of a brainstorm, you’re encouraging people to open their minds and speak up. This way, when you move on to asking for good ideas, people have already warmed up their brains and become used to raising their hand. You might even find that some of the worst ideas sparked some good ideas. Participants often fear rejection in brainstorming sessions, so by starting off the meeting by asking for the worst possible ideas, you’re removing that fear from the meeting as a whole.

Brainstorming sessions aren’t meant to leave you feeling like you need a triple espresso and a 48-hour nap. Instead, they should leave you excited, inspired and ready to get to work. These brainstorming techniques may seem a little “out there”, but they are fun and inclusive ways to get everyone involved in your session.