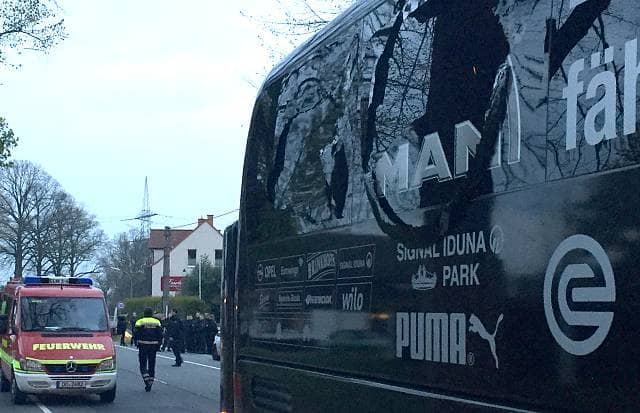 German police said two letter were left at the scene and found in a hedge, the letters speak of German involvement in Syria in the fight against Islamic State.

It has been reported that the letter reportedly starts: “In the Name of Allah, Most Gracious, Most Merciful,” which was written in German.

The letter also stated that other prominent people and sports stars “in Germany and other crusader nations” are on a “death list of the Islamic State.”

The letter added that the threat to Germany will continue until planes are withdrawn and the US airbase at Ramstein is closed.

Sueddeutsche Zeitung newspaper quoted security sources and that German police detectives are looking into the attack being carried out by Islamic State.