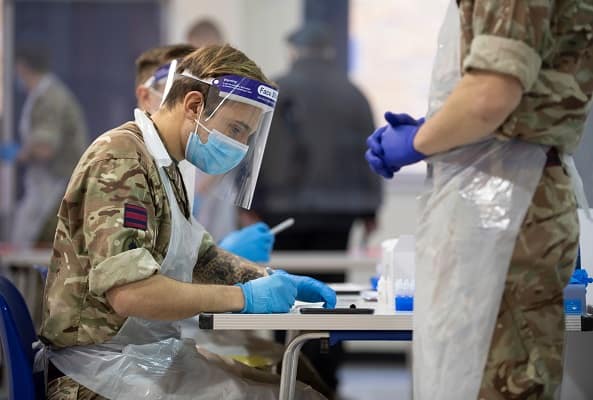 Boris to address the nation over ‘Army-led vaccine rollout’

The Prime Minister is is to address the nation at 5pm today to announce that top military battlefield planners will lead a “Covid vaccine rollout plan.”

Military personnel will help to increase the number of people receiving jabs in order to meet the target of vaccinating 14,000,000 people across England by mid-February.

The Sun newspaper has reported that the Ministry of Defence (MoD) were told to produce a robost plan to distribute the Covid vaccine to those who need it the most.

Last night a senior government source said, “The Prime Minister is approaching the vaccination roll-out as a military operation and that’s what you’ll see at tomorrow’s press conference.”

Wallace said that 130 military planners are authorised to work with the NHS to for the rollout.

Speaking to Times Radio the Defence Secretary said, “I’ve also got plans for up to 250 teams of mobile medically trained personnel who could go out and administer the vaccine around the country, that would be over 100,000 a day they could potentially deliver if that is requested by the NHS.”