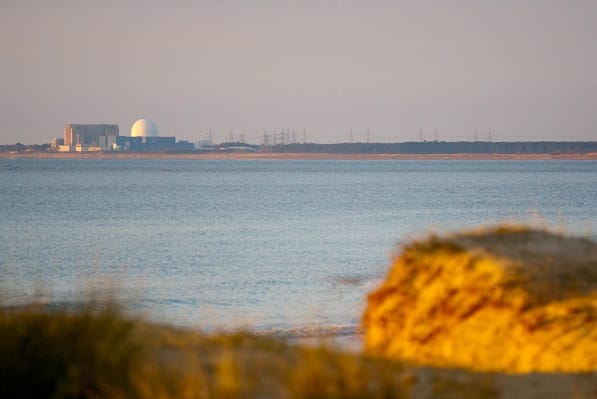 The Prime Minister Boris Johnson has promised on Thursday a £700 million of funding for the Sizewell C nuclear power plant which is expected to be built with EDF and could power around six million homes.

Vladimir Putin’s war in Ukraine has driven gas and electricity prices to record highs with no sign of the soaring costs to come down any time soon, which has prompted Johnson to create a nuclear generation as capacity is now needed in the UK.

He said that if the nuclear power plant was operating now then this “would be cutting our national fuel bills by £3 billion” for millions of households across the UK.

Johnson said in his final major speech as Prime Minister, “We need to pull our national finger out and get on with Sizewell C.

“That’s why we’re putting £700 million into the deal, just part of the £1.7 billion of government funding available for developing a large-scale nuclear project to final investment stage in this Parliament.

“In the course of the next few weeks I am absolutely confident that it will get over the line.”

He added that it would be utter “madness” not to proceed with the nuclear power project which will “fix the energy needs, not just of this generation but of the next.”

In a message to the next new Prime Minister who will take office in Downing Street next Tuesday, he said, “I say to you, with the prophetic candour and clarity of one who is about to hand over the torch of office, I say go nuclear and go large and go with Sizewell C.”

The GMB Union described the Johnson’s announcement today, that the government will invest £700m in Sizewell C as a “belated step in the right direction.”

After years of delays, Ministers today pledged firm support for the new £30 billion reactor in Suffolk.

But the union warned the skills gap must be addressed if further progress on vital new nuclear reactors is to be addressed.

Andy Prendergast, GMB National Secretary told LondonLovesBusiness.com, “Today’s decision is a belated step in the right direction – but it should have happened years ago.

“With energy prices going through the roof and all bar one of our nuclear power stations due to go off line by the end of the decade, this does at least provide some assurance on our energy security.

“Years of political failure to make the right decision on new nuclear means we are woefully unprepared for the energy crisis facing us today.

“The real-world consequences of this lack of political courage are higher bills and risk of blackouts this winter.

“The Government must grasp the nettle and commit to the other vital new reactors we – such as Wylfa in Wales – and make sure we have the skilled workers required.”