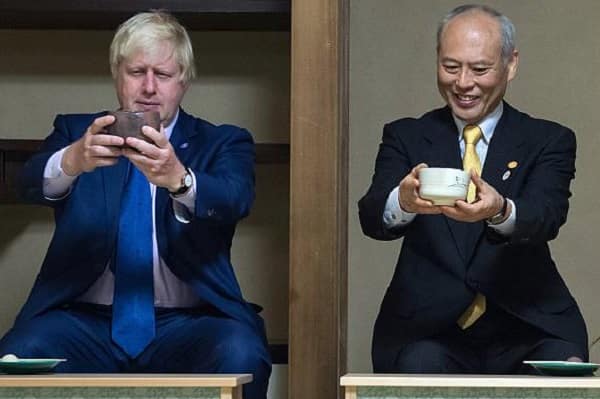 Prime Minister Boris Johnson is on track to sign Britain’s first major Brexit trade deal after more than 40-years, with Japan, boosting the economy by £1.5bn.

After 40-years of being handcuffed to the EU the UK has made a “significant breakthrough” in Brexit trade talks with Japan.

It has been reported that negotiations are at an “advanced stage” with a new trade deal being wrapped up by September. A government source told the Sun newspaper, “ Japan is happening and it’s happening soon.”

Previously, International Trade Secretary Liz Truss has said that the British government are working to secure a “comprehensive” Brexit trade deal with Japan.

It is understood the trade deal with Japan will go far further than any existing deals with Brussels, which will focus on the current EU-Japan free trade agreement (FTA).

It is expected the agreement trade deal will see reduced costs on technology, whilst Britain will sell luxury cars to Japan.

According to the government’s analysis, the FTA could increase trade by £15.2bn between London and Tokyo, which will put £1.5bn into the economy.

Hiroshi Matsuura, Tokyo’s chief negotiator told the Financial Times, “To avoid a gap in January, we must pass this in the autumn session of the Diet, the Japanese parliament.

“That means we must complete negotiations by the end of July.

“The shortage of time means that both sides will have to limit their ambitions.

“We are doing this deal differently to the usual style.

Instead of rounds of talks, we are negotiating every single day.”

Truss has previously said, “Japan is one of our largest trading partners and a new trade deal will help to increase trade, boost investment and create more jobs following the economic challenges caused by coronavirus.

“Both sides are committed to an ambitious timeline to secure a deal that goes even further than the existing agreement especially in digital and data.”