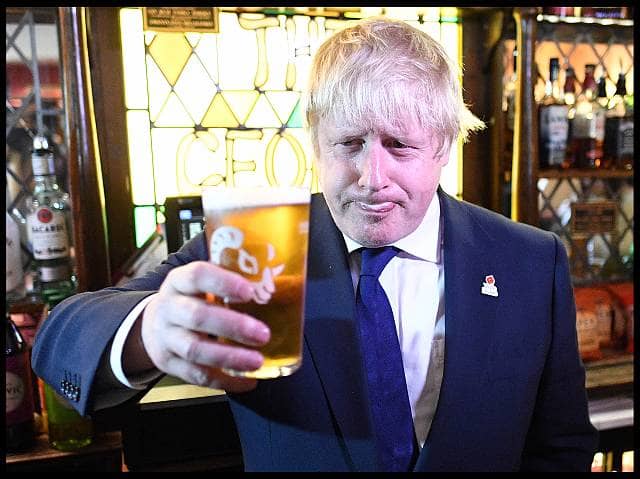 Boris Johnson apologises for talking about alcohol in a Sikh temple

What did he say?

Boris Johnson has apologised for discussing alcohol in a Sikh temple.

At the time of the incident, the foreign secretary was visiting a Sikh temple in Bristol. He made remarks of ending tariffs on whisky between the UK and India.

According to BBC reporter, Pete Simson, a female worshipper was listening and asked: “How dare you talk about alcohol in a Sikh temple?”

The woman also told him about alcoholism in her family. Johnson apologised several times.

Johnson was visiting the Shri Guru Nanak Prakash Singh Sabha Gurdwara as he looked to gain more votes for the Tories.

The former mayor was filmed wearing a bright orange turban before his comments were made.

A source said that he pointed out in India billions of whisky is consumed each year but there is a 120 per cent duty on imports of scotch whisky.

The Akal Takht Sandesh, a religious code of conduct, states that Sikhs “must not take hemp (cannabis), opium, liquor, tobacco, in short any intoxicant.”

However, many Sikhs in the UK do drink alcohol. Sources close to Johnson said his words were welcomed by most of those present.