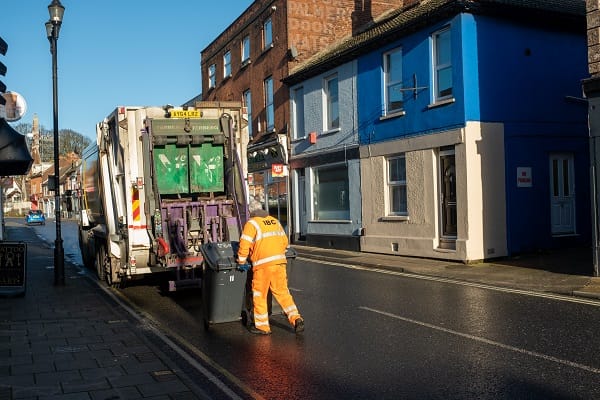 Street cleaners and bin collections in Glasgow have started today just as the city is hosting world leaders for the COP26 climate change summit.

Glasgow City Council chief executive, Annemarie O’Donnell was told by the GMB union that the strike will start from one minute past midnight on Monday just as more than 100 world leaders turn up for the climate conference.

GMB Scotland secretary, Louise Gilmour, accused Glasgow City Council of having “failed to give our members the proper time and space to consider the 11th hour offer from Cosla.”

Gilmour said there is “too much bad faith among members” towards Glasgow council.

She added, “Therefore, our members in cleansing have informed us that they will still proceed with the planned strike action from 00.01 hours Monday 1 November.

“We are calling for an urgent meeting with the council as soon as possible and we will work until one-minute to midnight tonight to try and fix this.

“We have also made the Scottish government aware of the situation and are liaising with the First Minister’s Office but, without any further dialogue, the cleansing service in Glasgow City Council will take strike action from Monday and throughout the first full week of the COP26 summit.”

A spokesman for Glasgow council said, “The agreement struck at national level gave two weeks to consider the pay offer and so there is no reason for this strike to go ahead at this time.

“It is very disappointing the GMB has opted for this course of action, which now seems to be about allocating time for meetings rather than a pay agreement.

“We will meet with the GMB at any time to try and resolve what now appears to be a local dispute.”

Councillor Gail Macgregor, Cosla resources spokesperson said, “On putting our new and improved offer to our trade union colleagues on Friday, we were pleased to note that it was accepted with the expectation that strike action be suspended whilst they presented the new offer to their membership for consideration.

“GMB in particular made a public statement that they were suspending strike action for a period of two weeks as of Friday whilst the ballot of their members was conducted nationally across all 32 Councils that this affects.

“We very much hope that this remains the case and that all members are given the opportunity to participate whilst essential services are maintained.”